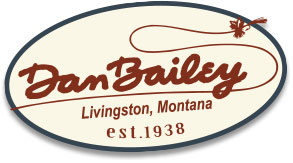 Dan Bailey’s Outdoor Company at 209 West Park Street in Livingston, Montana, has reopened its doors under new ownership as of Wednesday, June 24

Founded in 1938 by a physics professor who left New York City to start a fly shop in Livingston, Montana, Dan Bailey’s grew to become an industry leader in fly fishing and led the fight for conservation of the Yellowstone River. In 2020, Dale Sexton, a longtime guide and conservationist whose first job in the industry was at Dan Bailey’s in 1983, bought the fly shop with partner Mark Gurley. Sexton merged the outdoor store he founded, Timber Trails, with Dan Bailey’s. Timber Trails bike and ski shop will now operate out of the back of Dan Bailey’s. Dan Bailey’s will continue Timber Trails’ tradition of giving back to the community and advocating for youth.

Sexton retained all Timber Trails employees and hired two long-time fly-fishing industry experts to work at Dan Bailey’s. Rick Smith, who worked at Dan Bailey’s for 10 years in the 1990s, returns to the shop with more than 40 years of experience in the industry. Smith will be joined at Dan Bailey’s by his wife, Minori Smith, an internationally known fisherwoman and accomplished fly tier. A former teacher in Japan, since settling in the United States Minori has worked in the fly-fishing industry, including stints at SIMMS, Blue Ribbon Flies and Trouthunter.

More than just a fly shop, Dan Bailey’s carries the best brands on the market in activewear clothing, hats, sunglasses, footwear, maps and guidebooks, backpacks, sleeping bags, camping supplies, bikes, skis, snowshoes and related gear. We work hard to source our products from Montana creators and companies that value sustainability and conservation. Dan Bailey’s works to get more butts on bikes, more feet in hiking and ski boots, and more fly rods in hands. We believe everyone should have the chance to feel reverence for wild places and get dirty outside.

At Dan Bailey’s, we consider ourselves the stewards of our namesake’s legacy and the rivers he helped protect. We are working to preserve the history at Dan Bailey’s and of the Yellowstone River and plan to offer educational programming for children and adults in the future. Dan Bailey’s plans to take a leading role in conservation of the Yellowstone River. We are revamping our guiding services and plan to offer guided trips again in the summer of 2021.