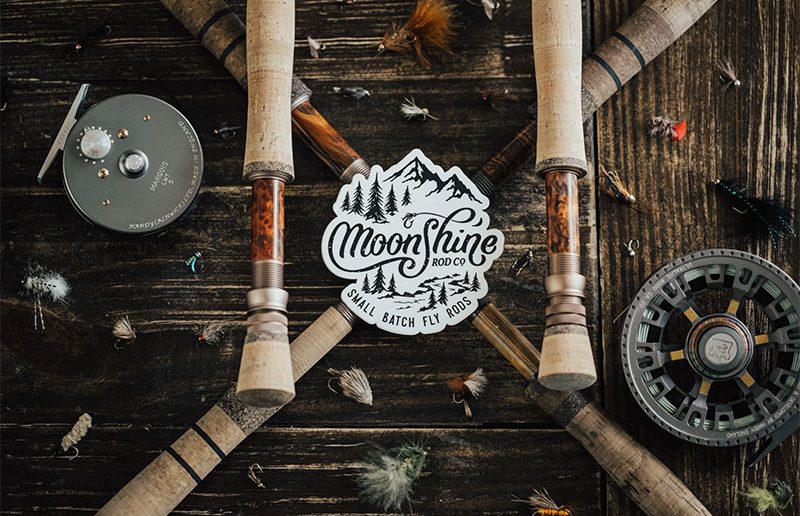 The “unique selling proposition” that suggests “we’ve created this rod that casts just as well as the up-priced versions” has been around since, well, the up-priced rods cost $300, then $400, $500, $600, then $700, then $800, and now $900. Temple Fork is the brand that’s perhaps pulled it off best, as it’s leveraged the “design in America, produce overseas” model to become one of the world’s largest fly rod manufacturers, period. Redington also successfully built its brand this way. Companies like Orvis (Recon) and St. Croix (Imperial) also have mid- or low-pricepoint models in this realm, so it’s not like there’s a massive gap in the market.

On the other hand, over the years I’ve also heard from a number of upstart rod companies that try to hit that mid- or low-pricepoint range, and still somehow manufacture in America. I’d list them all off, but most came and went within a few years, and regrettably, I don’t even remember their names offhand anymore.

I actually like this rod a lot. To be honest with you, in terms of look and feel, it reminds me a lot of a classic G.Loomis GLX—fast and sturdy through most of the taper, and then pretty tip-sensitive. Matte finish… nice reel seat, nice components, made in the U.S.A. Now, is comparing this to a rod model that was popular a generation ago a dig or a compliment? I mean it as a compliment, because I think it captures the feel and performance of one of the top five classic rod designs ever produced. I think it’s like a timeless Corvette, or a Jeep back when Jeeps were still Jeeps. With some modern looks and TLC included.

Let’s be honest–$900 for any fishing rod is a tough ask. I know I can get a decent shotgun or a full set of golf irons for that amount (and I think 8 or 9 clubs is a more perceptible value than one fishing rod, but that’s just me). That said, I’ve been through many fly rod factories, I know to the last wrap how fly rods are built, and I do respect why they cost so much. I also deeply appreciate American-made product. But I also know that 90% of real world anglers cannot tell the difference between a $900 rod and a $300 rod any more than they can feel the difference between a Timex and a Rolex by holding a watch in their hand while blindfolded.

Moonshine seems to be making all the right moves now. I like their website… appreciate the candor in their Q&A section. Love the honest approach to manufacturing the Midnight Specials in the USA, and then sourcing the other models (from glass to Euro nymph) overseas. They’re obviously on the demographic that doesn’t want to spend $900 for a rod. I like that they include an extra tip with Drifter ($199) models, even though they also carry a warranty. I get the sense that there’s conscience here, and all they need is a little more word of mouth, a few big-hitters to carry some rods, and they might just pull this off. I genuinely hope they do. The Midnight Special is a truly worthy player. – KD