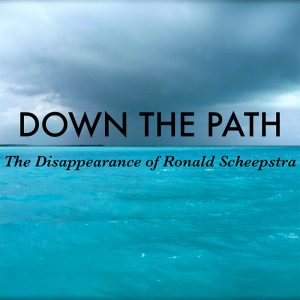 Angling Trade’s friend and contributor Will Rice has released an original podcast titled Down the Path.

The podcast focuses on Ron Scheepstra who went missing on April 11th, 2009 while on a flyfishing trip with friends near the small village of Xcalak, Mexico.  On the first day of their fishing trip, for unknown reasons, Scheepstra broke away from his fishing partner and headed back toward the rental car.

He was never seen or heard from again.

Ten years later, Podcast Host and Freelance Writer Will Rice takes listeners “Down The Path” as he investigates the mystery.

Down the Path examines the unsolved disappearance of Ron Scheepstra who went missing on April 11th, 2009 while on a self-guided flyfishing trip not far from the small village of Xcalak, Mexico.  The Podcast focuses on the facts that are known about Ron’s case while also attempting to uncover new information in effort to find out what happened to him.

Down the Path is an original podcast and writing project created by Freelance Journalist Will Rice. The six-episode series is edited and produced by Jason Rolfe, the Editor of The Flyfish Journal, the creator and host of The Fly Tapes Podcast and host of the popular flyfishing reading series “Writers on the Fly.”

Will has written about flyfishing and travel 15+ years.  His work has been included The Denver Post, The Drake Magazine, The Flyfish Journal, Fly Rod & Reel, Saltwater Fly Fishing, OutsideMagazine.com, and Angling Trade, among others. Down the Path is Rice’s first podcast creation.

The introductory episode was released online on April 11, 2019 – ten years to the day that Scheepstra went missing.

Episode 1 of Down the Path is also now available at downthpathpodcast.com, Apple Music, and Stitcher.

For more information or questions about this new podcast, please visit downthepathpodcast.com or email Will Rice directly at [email protected].