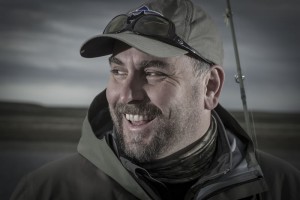 AT is going to feature regular editorials designed to provoke thought and discussion. Feel free to add your comments here, or carry these discussions over to the Angling Trade LinkedIn Forum, specifically created for retailers to discuss issues like this with each other…

I’ve really been wrestling with this whole question of “growing the sport” lately.

Well, not just lately… as editor of the industry trade magazine, that’s been a topic I’ve had to address (for better or worse) over the past 10-plus years. But I’m feeling a real crescendo in sentiment on that matter lately.

David Leinweber, owner of Angler’s Covey in Colorado Springs, rightfully bends my ear (and AFFTA’s) often. I talk to Chuck Furimsky, founder of The Fly Fishing Show, and he is passionate (with great ideas) about the topic. I commiserate with AFFTA chairman Tucker Ladd regarding this. I also have talked about this with many guide friends and others on the manufacturing side, both on the water, and over lunches, or beers, or whatever…

So a few months ago, we floated the question in “Angling E-News,” asking very simply: “Do we want to grow angler numbers?” and here’s how the 130 responses (pretty solid sampling from niche this small) broke out: Forty percent (52 votes) said, “The business owner in me says grow the sport; the angler in me longs for more solitude.” Another 21 percent (27 votes) said, “Absolutely not. The waters are crowded enough as it is, and more is not merrier.” And then 38 percent (50 votes) answered in the affirmative, “Absolutely. We need more people fishing, and that should be our number-one priority.” One voter said they didn’t have an opinion on the matter.

I must wonder how in the heck there will ever be any truly meaningful, cohesive, industry-wide initiative to attract new blood to this sport when, A) fly fishing is such a small niche that there simply isn’t the financial firepower for an effective national promotional campaign, and B) on the grassroots level, 61 percent of the retailers in this business either don’t want it, or don’t know that they have the heart for it in the first place.

Several weeks ago, I played a little back-and-forth blog game with Louis Cahill of “Gink & Gasoline” about using strike indicators, which I loosely referred to as “Bobber Wars.”   Mind you, I said, game. Not hoax. Not joke. Game. Experiment. I darn well meant a lot of what I said, as did Louis. The point, however, was to learn some things about social media, and angling ethics, how anglers look at the conservation impact by guides who only nymph fish, and inevitably, the whole “growing the sport” thing.

I have to tell you, in hindsight, I found that whole exercise to be depressing.

Only in the American fly-fishing blogosphere can you post a self deprecating photo of yourself in a dress on fieldandstream.com (the widest-read outdoors media site in the world), accompanying a serious commentary that criticizes fly fishing for being male dominated, demand changes to the sport to make it more inclusive for women (coincidentally, win an award from the Outdoor Writers Association of America for the post)… which is what I did… and then see your friend rip the photo from the site, wrap it around an inflammatory debate, and call you an elitist… which is what ultimately happened.

No, I’m not pissed at Louis. I love Louis. I signed up for that, knowing full well what might result. And it was probably worth it to “focus group” the sentiment that’s out there (web traffic also blew up). The number-one takeaway, however, is that there are many anglers (or at least blogniks) who are repulsed by even the slightest suggestion that one might tell them how to fish, and they’re going to do it their own damned way, no matter what anyone says or does…

Which, as I anticipated, proved to be a perfect metaphor and replication of what’s happening on the water right now. The comments proved the thesis exactly, and showed why there is, in fact, a philosophical “rift” worth paying attention to.

That’s the reality. Perhaps more to the point, many of the comments that sprung out of that debate centered around the notion that the bobber is a way to “grow the sport.” Show the newbies and day-trippers some level of success, and success breeds interest. Limit the bobber, and you limit the future!

Conversely, I was stunned by the amount of anti-bobber feedback, much of it from guides and outfitters, who pointed out with detailed tracking data on return clients, and license purchases, and so forth, how they (and we, as an industry) never see the vast majority of those newbies on the river again, after they get the bobber-born photograph for the office wall. Most don’t come back. They don’t buy waders, or rods, or reels. They don’t join Trout Unlimited or the Bonefish & Tarpon Trust. They just disappear.

Look… the honest truth is, I could personally give a frog’s fat ass about the methods anglers choose to fish with. And I’ve been all about “dumbing it down” and have overtly challenged anyone who wants to equate fly fishing to high art, quantum physics, or molecular biology. With Charlie Meyers, I wrote, The Little Red Book of Fly Fishing. I wrote a book on fly fishing for carp, fer crissakes.

I also publicly fight for stream access. (Who called the person whose life mission is to keep people off their water a “dick” in Angling Trade?) I did. But given mortality data on caught-and-released fish, and understanding that the heavy, weighted nymph rig is often forcing a bite to yield results, I think it’s fair to ask if the production guide whose mission is to “catch,” more than it is to “fish,” or more particularly, to “teach” fly fishing, isn’t just as suspect on the selfish scale as the person who would hang “no trespassing” signs around a river so they can go dry-fly fishing all by themselves.

Either way, I’m done with that silly bobber debate.

But I’m not done with the discussion of growing the sport, because what I think all of this shows is that we need to do a better job of defining successful growth in the first place, and take a really hard look at who we want to attract.

After a lot of thinking on this, and based on all I just explained, I do not feel like I can support efforts to grow the sport at any cost. In other words, I’m not interested in throwing the spaghetti against the wall and seeing what sticks anymore. Because I’m starting to feel as if we’re neglecting the hole that’s growing at the bottom of the bucket, for the sake or blindly pouring more water into the top of the bucket. I’m not willing to alienate those who actually care about fishing for the sake of some future bet that may or may not pay off.

Thing is, I don’t think that means we have to focus only on the hard-core. I think the threshold can and should still be extremely low. But there should be a threshold. It’s okay for fly fishing to be a challenge. It’s also okay for the fish to win sometimes. That’s the essence of this wonderful sport, and the community of great people who enjoy it.

So show me more “three-knot” anglers. By that, I mean, one can spend an entire lifetime enjoying fly fishing if they simply invest the time and effort it takes to learn how to tie three simple knots—a cinch knot, a double-surgeon’s knot, and a nail knot. You can substitute any number of knots for those… blood knots, loop knots, whatever. That’s not the point. But if you learn how to tie a leader to a fly line on your own… extend your tippet when you have to… and tie on a fly by yourself, then the fly-fishing world becomes your proverbial oyster.

If a person doesn’t care enough to learn three knots, and they only want the guide to tie them for them, they aren’t serious about fly fishing. And, frankly, I don’t know if we need them. I don’t know if I want them.

After all, like many of you, I’m tired of working around crowds of no-knot anglers on the best trout rivers in America. I’m enamored with the flats and saltwater now, because almost everyone who fishes those waters is at least a three-knot angler. But we have to remember that at least 70 percent of the rods sold in this market are 9-foot, 5-weights… for trout.

To wit, everyone who walks in the door of a shop willing to take an “Orvis 101” class already has shown at least cursory interest. And that’s why that program is successful and important. Give me 20,000 Orvis 101 grads over 200,000 day-floaters, and I’ll give you a sport that’s on a positive trajectory.

Yvon Chouinard, founder of Patagonia, definitely has it right as he promotes the “Simple Fly Fishing” mantra through tenkara gear. I’ve seen equally eloquent, beautiful approaches professed by Scott, and Far Bank, and Simms, and many, many other companies.

That’s what we need folks. Not more pasta flung at the wall.

And the guides—the great guides—are the ones who have more power than anyone to make that happen. By the same token, nobody stands in the way of that more than the guides who ignore that opportunity and responsibility.

The “media” also owns part of this responsibility, as does the trade organization, and the conservation organizations… heck, even the individual angler who cares about the sport and the resources has some level of responsibility to foster the interests of any other angler who has shown at least some modicum of investment in learning to fly fish. It is irresponsible, even neglectful, to not do that.

But in the end, the onus is always on the individual. We’ll show you the world, we’ll cheer for you and help you every step of the way. But ultimately, you’re either an angler or you’re not. If not, no harm, no foul. Good luck, and we hope you come back. But we’re not going to sell our souls, and something we care about so deeply to a culture of dabblers. And we shouldn’t let those who cater only to dabblers for personal profit dictate the future of fly fishing.

It’s okay to shoot for the stars, and cast a wide net, and so on. I understand that. But what I am saying is that we, as anglers, and we, as an industry, need to take a very hard look at exactly how we go about “growing the sport,” and that should begin with solidifying the base, then picking the lowest-hanging fruit, and doing our ready best to nurture all of that.

Do that, and the money, the growth, the base, the conservation effect, and everything else will happen naturally. Neglect that, and this sport will be crippled for decades.