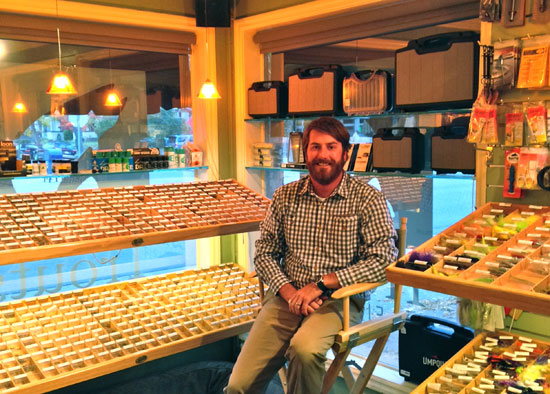 The Board of Directors for the American Fly Fishing Trade Association (AFFTA) recently elected four directors to serve as its Executive Committee for the next calendar year. The Executive Committee is responsible for overseeing the business affairs of AFFTA and to ensure the mission and goals are being fulfilled. The new directors are:

The election of Tucker Ladd as Chairman of the AFFTA board is historic; Tucker is the first retailer to be elected as the AFFTA chairman.

“I am not only proud to become the AFFTA Chairman, but I am honored to be the first retailer to ever hold this position” said Ladd. “This is a testament of the commitment to the retail base of our industry by the current Board of Directors, as well as AFFTA as a whole. I have always believed that retailers are the life-blood of our sport and industry, and I am excited to have the opportunity to represent this segment of our trade group. 2014 will undoubtedly be an exciting year for AFFTA, and I am looking forward to helping drive our trade group to new levels of success, relevancy and growth.”

Angling Trade congratulates Ladd–and the other directors–and we wish them luck with their duties. We also wonder aloud how this will prompt retailers to relate with AFFTA going forward. For those who have been reticent to embrace the trade organization, claiming that it has been dominated by manufacturers, we wonder if they’ll see this as a “you asked for it, you got it” situation and galvanize support behind Ladd and AFFTA. Or, will retailers see the new chairman as another competitor, and remain parochial in their attitudes toward AFFTA? We’re hoping for the former, but time will tell.