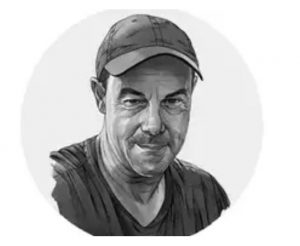 We’re all getting pretty good about talking about conservation.  And some of us are better than others at publicly complaining about the way others approach conservation (whether they, themselves, are making a tangible positive impact or not). But nobody, at least not in the past several years, has written as honestly and succinctly on the hook and bullet world’s collective dropping of the ball than Hal Herring does for Field&Stream.

This will be a more personal Conservationist post than usual. I’ve been covering conservation, guns, and hunting and fishing for exactly 20 years now, and one would think that I had learned something in all that time—in all those stories written, all the travels, all those wonderful people I’ve met and with whom I’ve caught fish and killed and eaten game, all the good guns fired, and boots worn flat-out.

But even after all of that, I am more baffled than ever.

I am just old enough to remember the conservation battles of the last half of the 20th century. I was a child when the Clean Water and Clean Air Acts were passed, but I was already hunting small game when we saw the very first whitetail deer return to north Alabama in huntable numbers (and we hunted bobwhites then, which have now disappeared). I was fishing the Tennessee River in the late 1970s when it was discovered that two of the tributaries I knew well—Indian Creek and Huntsville Spring Branch—were polluted with the pesticide DDT between 1947 and 1970, years in which we, as a nation, almost destroyed all of the major waterways and clogged the air with poisons. Indian Creek was just a microcosm—one of many, many such rich and beautiful creeks across the country, poisoned and lifeless.  …continue Hal’s full piece over on Field and Stream