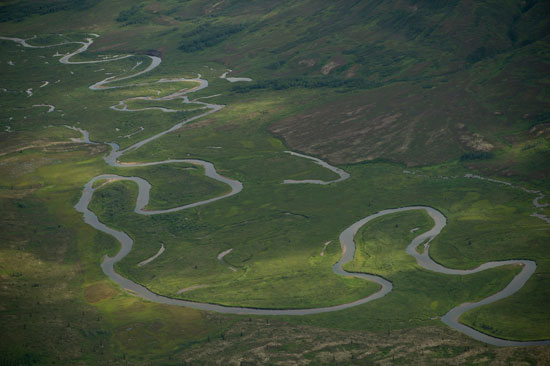 There has been a lot happening on Pebble’s permitting process at the state and federal levels, and Alaskans will vote on an initiative in November that will have important implications on the proposed Pebble mine.

As groups opposed to the initiative amass large amounts of money (more than $9 million dollars so far), misinformation is spreading on the initiative. In effort to set the record straight, below is a brief overview of the initiative, including what the most recent Alaska supreme court decision means. The full text of “An Act providing for the protection of wild salmon and fish and wildlife habitat,” can be read here.

Overview:
In Alaska, projects proposed to be developed in or near salmon habitat, such as a mine, road, or dam currently require a fish habitat permit from the Alaska Department of Fish & Game (ADF&G). The problem is, when issuing the permit, ADF&G has no standard for issuing permits, public notice is not required, and there is little opportunity for public involvement. Because of this, it is very difficult for the ADF&G to deny a Fish Habitat Permit for even the riskiest projects. For instance, under current law it is highly likely the Agency would issue a permit for the proposed Pebble mine, despite the significant harm to salmon habitat.

Alaskans will vote in November on whether to update Alaska’s existing, 50+-year old Fish Habitat Permit law to provide more robust public input and new, science-based guidelines for safely developing projects in or near salmon habitat. Among other minor changes, there are four key updates to existing law included in the initiative.

1. Differentiates between projects with “major” and “minor” impacts. The initiative creates a two-tier permitting system to streamline permits for minor activities, while increasing scrutiny for projects such as Pebble that could cause major adverse impacts. Responsible resource development projects that meet guidelines and scientific standards for protecting salmon habitat can proceed. The two-tier system avoids burdening everyday Alaskans with complicated permit applications by allowing Fish and Game to exempt activities, or to authorize regional, ‘general permits’ for activities with insignificant impacts (e.g. unconcentrated ATV use, trails, docks, etc.) Click here to see how major and minor permits are reviewed and determined.

2. Involves Alaskans in the process. The Alaska Constitution requires that “fish, wildlife, and waters are reserved to the people for common use.” If passed, the new law would require increased government transparency by mandating that ADF&G provide public notice for all permits issued, and a public comment period for projects that fall into the “major” category.

3. Increases certainty in the permit process. Under the new law, ADF&G will have to consider public input and scientific criteria for healthy salmon habitat, like water quality and quantity and access to spawning habitat, when evaluating project proposals. This provides certainty for the public and a developer by setting clear expectations for what must be met to move forward with a project, while also safeguarding fish habitat.

States in the Pacific Northwest spend millions each year (at least $17.8 billion since 1978) trying to restore their wild salmon runs, which were decimated in large part due to unchecked development in salmon habitat. Alaska needs mining and other development projects. However, we also know that our economy is heavily based on fishing, recreation, and tourism. If projects that cause lasting significant harm to our salmon rivers proceed, our state’s salmon populations will suffer. When salmon become scarce, we can expect what we’ve witnessed in the Lower 48… more government mandates, costly restoration or mitigation efforts, and lost economic opportunity.

Opposition groups have inaccurately said this will shut down all development in Alaska. This is among the most common misconceptions, and with the recent supreme court ruling, is even farther from the truth. The short response is if the project does not “use, divert, obstruct, pollute, disturb, or otherwise alter anadromous fish habitat” then a fish habitat permit is not needed now, or under the new law. Most projects in anadromous habitat will proceed similar as they do today under the new law. The initiative even explicitly exempts certain activities from review and provides general permits for projects with insignificant impacts. The initiative doesn’t outright prohibit any future development projects. Rather, it establishes a system where Alaskans have a say in how our salmon habitat is managed and where ADF&G can make rational, science-based permitting decisions.

Another common opposition talking point is that Alaska already has a strong enough permitting process. Unfortunately, this is far from the truth. In fact, the initiative was born out of Alaskans’ concerns about increasing threats to wild salmon, notably the proposed Pebble mine, and recent declining runs. Currently, there are NO specific rules limiting the amount of damage allowed to fish habitat during a project. When pressure on our state’s natural resources was minimal (when the constitution was drafted over 50 years ago and projects the size and scale of Pebble were unimaginable), our laws were sufficient. Today, we need better-defined safeguards for our wild salmon to match the increasing pressure placed on our fish and water resources.

In 2016, the Board of Fisheries submitted a request to the Legislature to update the law. When the legislative process failed, over 49,000 Alaskans signed a petition to ensure this issue made the Nov. 2018 ballot. The initiative is supported by hundreds of Alaska-based businesses, many Alaska Native Tribes, commercial fishermen, and sportsmen and women. More than 500 Alaskans have donated to the Yes for Salmon campaign. On the other hand, the opposition group, Stand for Alaska, is supported by several large gifts from corporations that are not from Alaska.

Beginning with the initiative in November 2018, the next 12 months into 2019 will be critical in the effort to protect Bristol Bay.