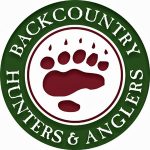 BHA President and CEO Land Tawney offered the following response to the decision by the congressman from Utah:

“Representative Chaffetz should never have introduced this ill-conceived bill, but the instant and overwhelming response by sportsmen and women forced him to listen and ultimately abandon H.R. 621, which would have seized millions of acres of public lands. His fellow lawmakers should take note of the ire and rapid response by hunters and anglers. We aren’t going away.

“Unfortunately there are those who will continue to perpetrate bad deals like this one. American hunters and anglers will be there every step of the way. Mr. Chaffetz took the first step. Now he needs to kill H.R. 622, the Local Enforcement for Local Lands Act, which would eliminate hundreds of critical law enforcement jobs with the Forest Service and Bureau of Land Management. Our law enforcement officers are on the front lines of conservation and already do more with less. Let’s give them the resources they need to do their jobs.

“The millions of sportsmen who stepped up in recent days deserve our unreserved thanks. Leaders in our community like Steven Rinella, Randy Newberg, Joe Rogan, Cameron Hanes and Casey LeVere, along with foresighted companies like First Lite, are changing the dialogue about natural resources policy. The battle is won, but the war is far from over.”

A public lands rally yesterday in Santa Fe drew hundreds of passionate hunters, anglers and others. A similar gathering in Helena, Montana, on Monday attracted well over a thousand. Led once again by sportsmen, citizens are making their voices heard.

Backcountry Hunters & Anglers is the sportsmen’s voice for our wild public lands, waters and wildlife.