Those of us who enjoy to hunt and fish should want to know where the presidential candidates stand on issues related to the natural resources that make possible the sports we love. One issue that’s key in understanding the ideals of anglers and hunters is the debate surrounding the proposed Pebble Mine, in the Bristol Bay region of Alaska. I’ve been covering this particular topic for years. I don’t live in Alaska, but I have fished in Bristol Bay many times over the past decade, have spent time teaching in the native communities, and have written many stories on its unique natural resources. It is one of the last truly great, wild places on the planet.

I’m against the Pebble Mine, as are many anglers and hunters. The way I see it, the benefits of letting a foreign company rip up a huge expanse of Alaskan wilderness to reap what is, admittedly, a potential mother lode of copper and gold (most of which would likely be sent to China) don’t outweigh the environmental risks. Research shows that this mine could seriously endanger (and potentially eradicate) the most prolific wild-trout and salmon fishery in the world, a fishery that already supports more than 14,000 jobs in the domestic economy.

Ultimately, though, this is not a political issue: It’s a cultural one. The late Republican Alaskan Senator Ted Stevens, called Pebble, “The wrong mine in the wrong place.”

Those who oppose the Pebble Mine (including the American Sportfishing Association, the American Fly Fishing Trade Association, the Theodore Roosevelt Conservation Partnership, Dallas Safari Club, Backcountry Hunters & Anglers, the Pope & Young Club, and Trout Unlimited, among others) were pleased when, in 2014, the Environmental Protection Agency enforced its authority to effectively quash the mine project. But, as expected, the mining interests have now tied up the issue in court.

And thus, EPA Region 10 official Dennis McLerran said earlier this month that, though the science underscores the importance of stopping the Pebble Mine project, “It’s unfortunate that we won’t be able to… finalize actions on this. But future administrations… will have that work in hand.”

The big question, then, is whether or not the next group of presidential candidates—Democrates and Republicans alike—are willing to answer this question: Where, exactly, do you stand on Pebble Mine?  If they want our votes, they should have to show the millions of hunters and anglers in this country that they are paying attention to our concerns, and to Bristol Bay, in particular.

Today, Sportsmen for Bristol Bay will be pressing the issue by presenting the candidates with the below letter. It will be interesting to see who responds, and how quickly they do so. 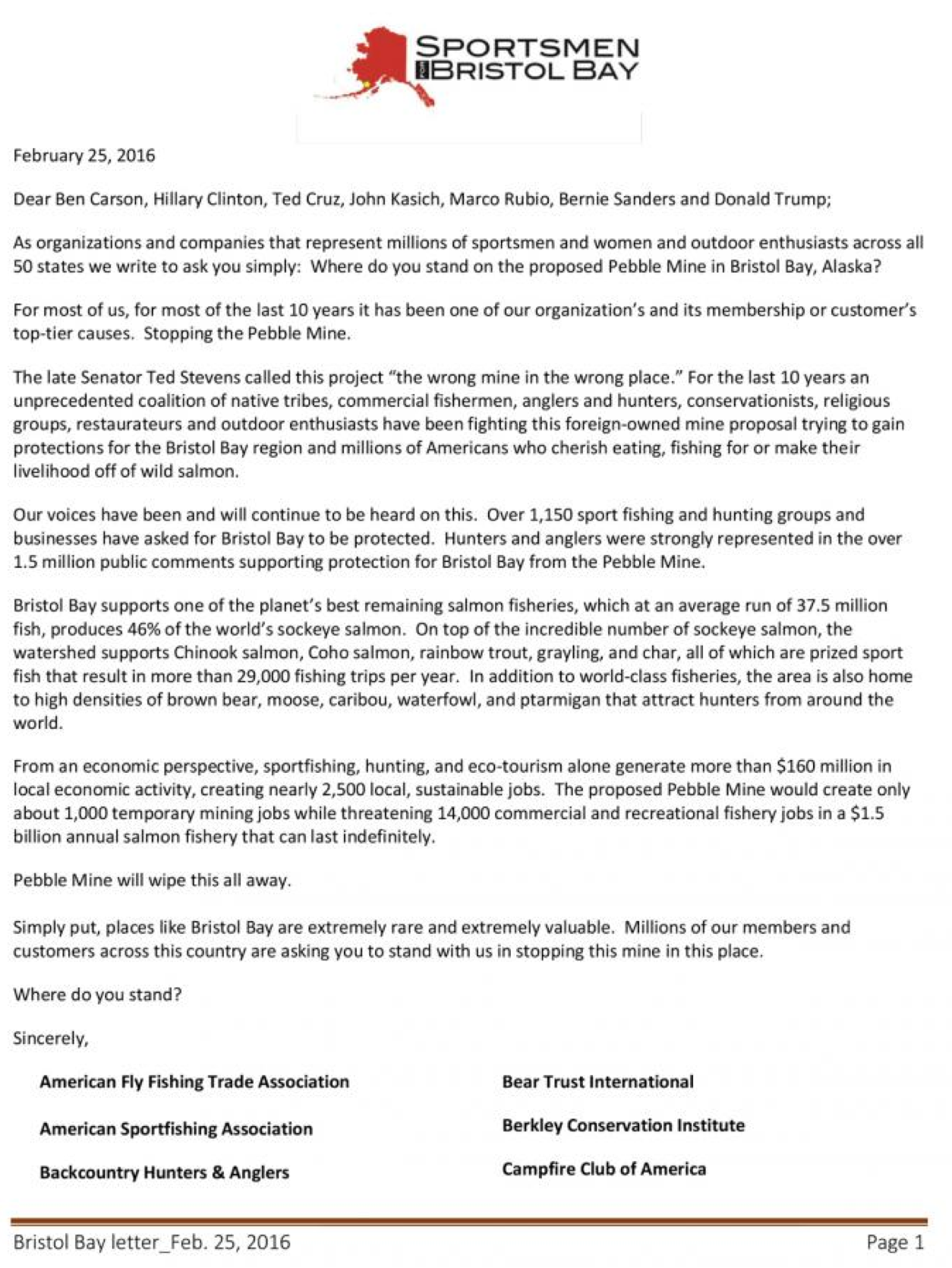 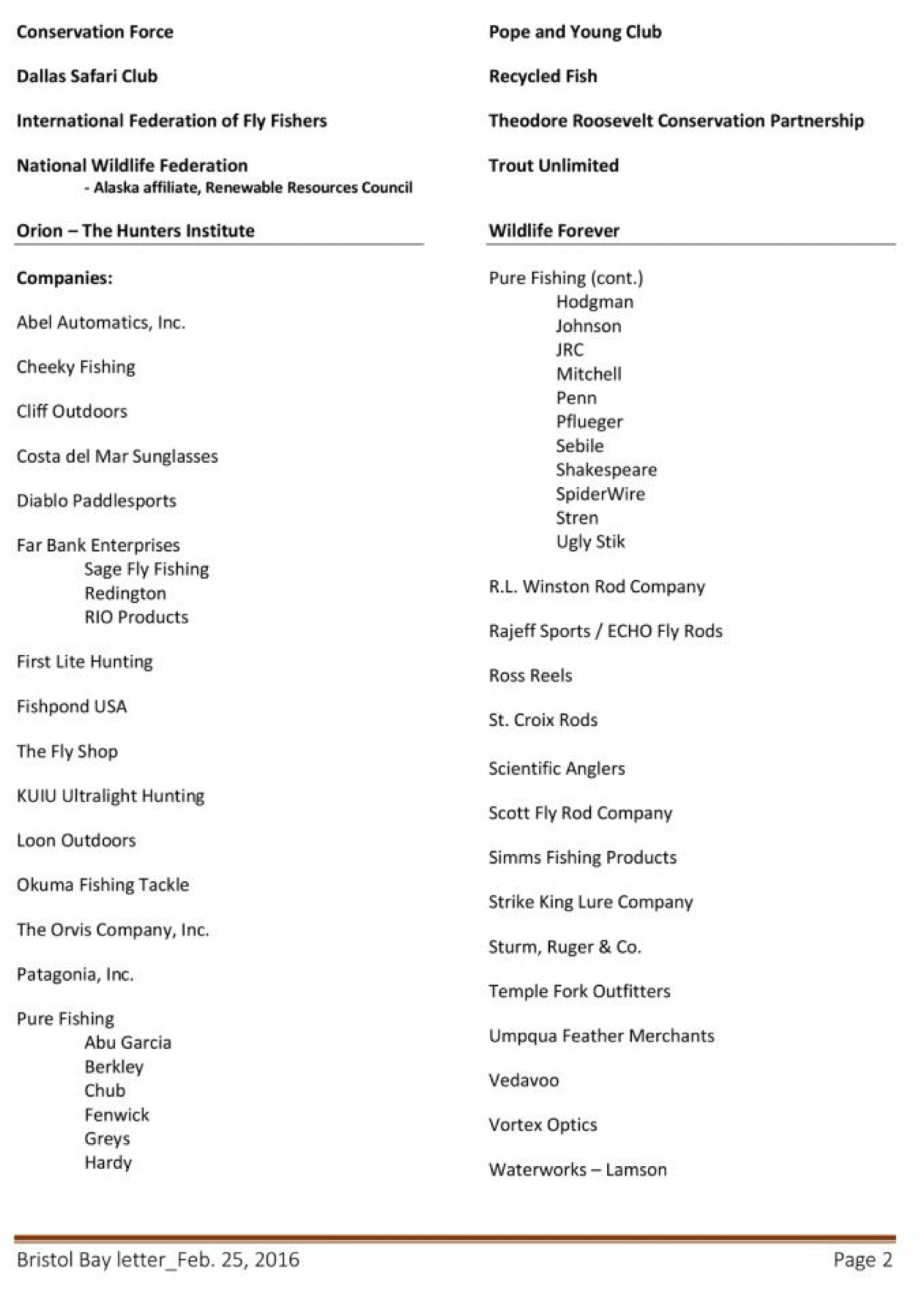