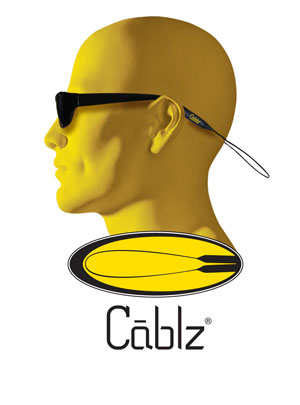 Cablz, Inc., the sole originator and patent holder of the “stay off the neck” eyewear retention system, has filed a patent infringement lawsuit against Chums, Inc., in the United States District Court for the Northern District of Alabama.

The lawsuit is asking for a jury trial and compensation for the infringement of U.S. Patent 8,366,268, which protects Cablz’ unique eyewear retainer system — worn by anglers, hunters, skiers, boaters and outdoor enthusiasts — invented by Cablz founder and CEO Ron Williams.

The Chums products cited for infringement include the Orbiter, the Adjustable Orbiter and the Mono Orbiter, along with private-label versions C-Line and C-Mono sold by retailers.

“We take our intellectual property rights very seriously,” said Williams, “and we’re taking the steps necessary to protect our patents from any company or party that seeks to profit from them without authorization. Lots of thought, time and engineering went into our designs. “We’re confident Cablz will prevail in this lawsuit. If so, Chums and its retailers could be liable for damages and Chums could be prohibited from manufacturing or selling its infringing products,” he said.

Cablz, a Birmingham start-up company, began in a garage in 2008 with the original Cablz retainer. In 2009, it won the “Best New Product” Award at ICAST, the national fishing tackle trade show. Continuing to expand its line, Cablz introduced an adjustable model known as Cablz Zipz to the marketplace in 2012. Since then, Cablz has grown developing and expanding its products and has been awarded several U.S. and foreign patents on these designs plus several other patent applications pending.

About Cablz
Founded by inventor and avid outdoorsman Ron Williams, Cablz markets its eyewear products which provide greater convenience, safety and protection to individuals of all ages, while maintaining the Cablz “stay off the neck” concept. The company’s patented Cablz eyewear retention system uniquely solves many of the problems associated with conventional fabric eyewear retainers and is sold online and through leading sporting goods and outdoor lifestyle retailers across the United States. For more information please visit www.cablz.com.