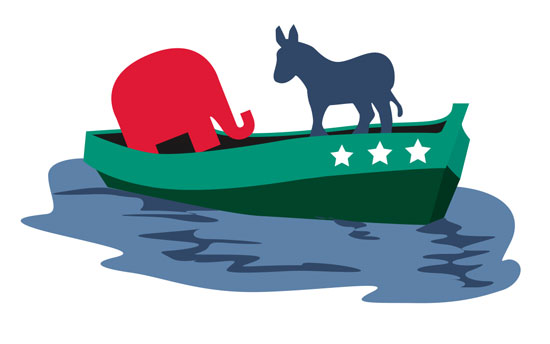 In the last AT E-Newsletter, we asked you to chime in on the politics of the day… not to tell us whom you were voting for, rather, to explain the reasons you would be voting the way you would. The responses, from this fly fishing industry, were quite interesting.

Specifically, we asked you to choose among three answers as to the factors that would influence your vote. The choices were: A) I work in small business, and I am mostly concerned about things like taxes, the deficit, and other economic issues; B) I work in an industry that is dependent on natural resources, and I vote to protect those resources and the right for the public to use them; and C) Other issues have more influence over my vote than the two mentioned above.

By press time, we received roughly 100 votes in our poll (which isn’t bad at all for a short-term micro poll in a niche industry), and the results were interesting. Forty-one percent opted for “A.” Thirty-nine percent chose “B.” And 20 percent chose “C.”

The results of the election are in. Obama is President until 2016. Is that going to be good or bad for your business? We’ll see. But the fact is, regardless of how things turned out, the fly fishing community didn’t do as much as it could have, or perhaps should have, in influencing the tenor of the debate… that, according to AT editor Kirk Deeter in his “The Politics of Fly Fishing” feature that appears in the next print issue of Angling Trade. Check your mailboxes to see the story, coming soon.