When the COVID pandemic first started, Angling Trade predicted that fly fishing and outdoor participation were going to go off, and they did.

We also wondered aloud, before we saw fish counts plummet on some of the most fabled rivers in America, whether the influx of newbies and mass traffic would hammer the resources.

We foretold the supply chain choke points, and predicted that some companies would prosper, others would fall on their butts… and retailers would be scrounging for inventory. That happened.

We’re not claiming to be fly-fishing Nostradamus types by any stretch, but AT has been covering the business, culture and community of fly fishing for over 15 years now.  So, we have a pretty good handle on what’s going to happen. Fires, floods, drought and warming rivers are becoming all too predictable, and we are pretty sure another moron ad agency will show trucks pounding through trout rivers at some point this year. But here are some more subtle trends we see coming in 2022: 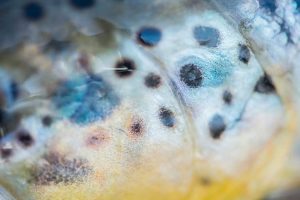 1. The seasons have shifted…  Put it this way—if you lived in Toledo, Ohio, and have made an annual fly-fishing pilgrimage to fish the West every year, would you book your trip for July or August again?  I wouldn’t, having seen so many rivers closed or “hoot-owled” due to high water temperatures, and having choked on wildfire smoke the past few summers. The truth is that prime-time fishing in the West has shifted from the height of summer to September, October and even November.  Western locals have known that for years, and sure, there’s always the “rogue” snowstorm that hits in fall (I sure hope there will be more in 2022).  But summer fishing is less reliable now than ever before, and the good news is that fall fishing is more reliable.  Summer will evolve to focus on dabblers and family vacationers who must travel when the kids are out of school. The hard-core anglers who want to experience the best fishing are going to book in the spring window before runoff, and the fall. 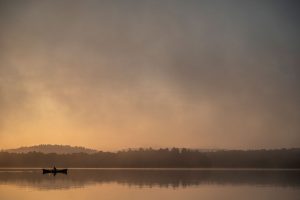 2. Go East young woman (or man)… Along similar lines, I have heard from more Rocky Mountain locals who are already making plans to visit places like the Driftless Area (especially Wisconsin) or Michigan, New York and New England. Same deal for saltwater, the flats, and so forth, though the lingering cloud of COVID has some holding off on committing to air travel.  When, if, hopefully, all this COVID concern dissipates to a uniform level of travel comfort, saltwater fishing is going to go off.  And people will also gravitate toward the Great Lakes and Appalachian regions to fish (or stay there). Trout anglers will find haven and happiness in eastern haunts, which is perhaps a great thing. 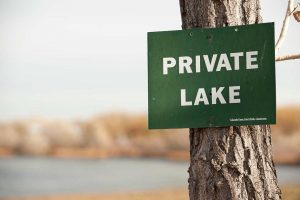 3. A boom for private water… I am all-in and have been for decades on the value of protecting and expanding public access, public lands and public water.   We need public access now more than ever before.  That said, the influx of so many people on many rivers has left a very, very sour taste in the mouths of a huge percentage of dedicated fly-fishing aficionados throughout the country.  When you show up at 7 a.m. at your favorite spot, on a Wednesday, and there are already dozens of boat trailers there, and that’s the new norm… it sucks.  So, count on the fact that enough anglers have seen that plenty in the past two years, and the ones who have the means to do so will pony up the extra cash to find ways to enjoy a day on the river by side-stepping the circus.  That’s sad in a sense, because we don’t ever want to see America gravitate toward a pay-to-play realm like most of the rest of the world has (we are the envy of the world precisely because we’ve never gone there) but that’s where it’s headed. 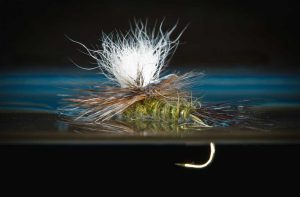 4. Less will be more… This is perhaps a wish more than a prognostication, but I do have faith in the angling community, especially some guides and outfitters, and I think many of them will be smart enough to face a clear reality.  When the water options are limited by climate change, pressure, and other factors, and we know that when we pound the living snot out of the trout, the numbers fall off.  There must be a change of mindset that says the benchmark for success isn’t a 20-, 30- or 50-fish-caught day.  We all must accept that, even in a catch-and-release world, we can’t chase numbers all the time.  And the smart guides will catch a handful of fish, and then ditch the bobber and start teaching people how to actually fly fish.  The true aficionado will throw dries, or streamers, when the opportunity presents. And we’ll all start to gain a better appreciation of the “how” more than the “how many.”  The future sustainability of many fisheries literally depends on this. 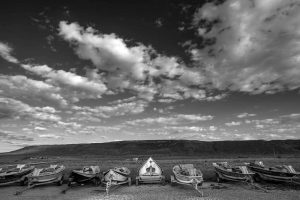 5. Permitting talk will get real… This is already happening in some places, but it’s going to happen more. We recently floated the notion of permitting floats and fishing in general in certain stretches of river, even if those “permits” cost nothing… they just require you to sign up in advance and say you were going to be in a certain place fishing.  The overwhelming response was in favor of some sort of permit system, at least for certain rivers at certain times of the year.  Some guides and outfitters might be concerned about all of that, but I will tell you this: you’re going to be the first ones in the crosshairs as these discussions advance, so you might as well start thinking about how to profitably moderate.  There was a time in this industry when we collectively thought that exposing as many “never-evers” and day-trippers to fly fishing was the key to the future.  Dumb it down, and have as many people pull on fish as possible.  That notion is failing. “Quality engagement” is the key now. 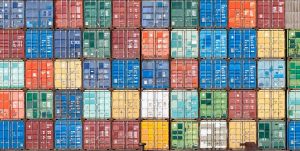 6. Supply chain will recover… The lessons have been learned.  Somehow, some way, the flotilla of ships from Asia still lingering off Long Beach will unload their cargoes, and 2022 will see a normalization of supply and demand, at least in the hard goods sector. The demand for boats, tubes, rafts, dories, and such will stay high.  If you can find a deal right now… take it.  But 2022 will see a new influx of rods, reels, lines and such, as manufacturers tap into what’s been happening for the past two years.  And retailers, if you’ve managed to ride it out, you will be in a strong position again.  Because even with online sales, direct sales, and so forth, there never has, nor will there ever be, any substitute for local knowledge and expertise.  With all that is going on, and has been going on, the thirst for knowledge has never, ever been stronger in the fly-fishing world.  How retailers position themselves to compete with “influencers” and bargain hunters, and all that, right now, will literally define your businesses for the next 10 years. 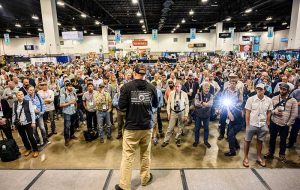 7. Shows will go on… Ah yes… the continuing specter of COVID looms, unfortunately.  We’re seeing a seasonal phenomenon, in that, in summer months, when cases are down, it’s “game on” and people move about like they did a few years ago.  In winter, the cases climb, people seize up and are more inclined to stay put and mingle less.  We were actually seeing more venturing, even this holiday season, but Omicron put a kibosh on all of that, at least for the thousands who did travel, and got sick, or had their flights cancelled.  I’m not going to wade into much of this, other than to say if you are vaccinated and boosted, thank you.  You’ve done your best for yourselves and others.  Hang in there.  Living in a ski town, what I can say is that people are travelling to ski.  They’ve had enough.  Barring another terrible variant, I think anglers are going to go to shows.  Will the American Fly Fishing Trade Association pull off its planned trade show at the end of March in Salt Lake City, and will the Fly Fishing Shows happen this year?  I think yes.

8. One major fly-fishing company will make a major acquisition, and another will be bought.  No inside baseball here.  Just an educated hunch.  But by the end of the year, I expect both things to happen. 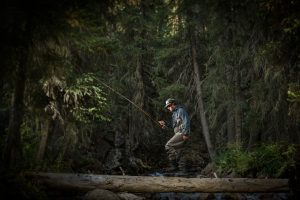 9. An artistic renaissance… Fly-fishing has a very profound, deep heritage rooted in literature, art, and so forth.  With the gravitation toward rivers by newbies and others, appreciation for great words, great images, great art and so forth will blossom.  In terms of creative content The “cult of the amateur” is shifting back to the “realm of the professional,” and that will manifest itself more in 2022 than it has at any time over the past decade. 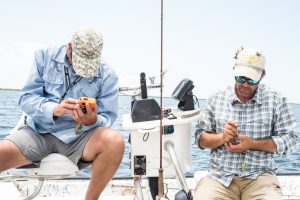 10. The “big resignation” will bolster fly fishing… I have seen more resumes and received more notes in the past six months from people who want to quit their day jobs and find their “true calling” somewhere in the world of fly fishing, than I have ever seen before.  It’s a nationwide phenomenon—we’ve all come to realize that life is too short, right? This means that the talent pool has become much deeper, which is great.  We have people who spent their professional lives selling widgets realizing that they want to follow their consciences and to pour themselves into their love of fishing.  Some will be disappointed when they see how the sausage gets made.  But by and large, fly fishing will benefit from more creative energy and talent.