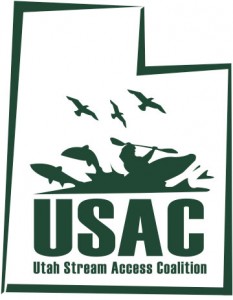 From USAC:
10 years, 9 months, and 6 days. This is the amount of time that the Coalition, membership, counsel, and our supporters have waited for a “final” decision in the Provo Case. Filed on November 12, 2010, the right-to-use/public waters case on the Provo River was a coordinated effort challenging the constitutionality of Utah’s ill-named Public Waters Access Act–H.B. 141. The case made its way to the Utah Supreme Court and then remanded back to the Fourth District Court to address a threshold issue: whether the scope of the easement recognized in Conatser v. Johnson was an interest in land that was “acquired” and “accepted” by the State at the time of the ratification of the Utah Constitution in 1896? Since this decision was filed on February 20, 2019, the Coalition’s sole focus has been researching all potential sources evidencing a recreational easement at statehood.
On June 21, 2021, Judge Derek P. Pullan heard oral arguments from the parties addressing this threshold issue. On August 16, 2021, Judge Pullan issued his decision which granted summary judgment to the State and VRA, stating: “[t]he Coalition has come forward with substantial evidence that in the last half of the 19th century, Utahns widely and freely touched and used both public and private beds of Utah’s lakes, rivers, and streams for a variety of purposes, including recreation. But the Coalition has failed to prove that this historical use gave rise to a public easement dictated by our law in the late 19th Century.” Simply put, while the Coalition provided ample evidence of recreational use at statehood, the law at that time did not provide a sufficient framework to definitively say that this recreational use resulted in a public easement. This is not the end of this case.
On October 13, 2021, the Coalition filed its Notice of Appeal. Because this case could potentially restore thousands of miles of river access, the Coalition’s decision to move forward was obvious–let’s go. Our membership and sponsors have been with us for over 11 years, and we will continue advocating and arguing to restore this right. In addition to appealing Judge Pullan’s decision, the Coalition will continue its efforts in finding a legislative solution.
On behalf of the Board of USAC, we appreciate your continued support as we move forward with restoring access.
Sincerely,
Board of Directors
Utah Stream Access Coalition
[email protected]
www.utahstreamaccess.org
Share. Twitter Facebook Pinterest LinkedIn Tumblr Email