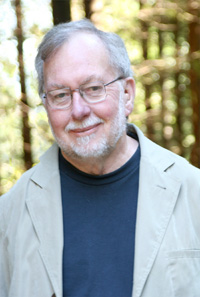 James “Jim” Britt of Woodland, Washington, founder of Angler’s Workshop, died on May 31st, 2016. He died peacefully surrounded by his loving family. His death was due to complications of renal cell carcinoma, an illness he had lived with since 1999.

Jim, an accountant and great fisherman, always wanted to own his own business and in 1981 he founded Angler’s Workshop in Woodland, WA. The company soon became a well respected supplier of rod building and fly tying components worldwide. The company flourished as Jim’s accounting skills and favorite hobby of fishing came together. When Jim retired due to illness, his son, Jonathan, joined the company and became President in 2003. In 2014 the business was sold to Lure Parts Online in Springfield, Il.

Jim loved to fish and was a outdoorsman and conservationist but his first priority was always to his family. He was a remarkable man who embraced life with no complaints, even as he was dealing with cancer daily. Jim was a living example of courage and grace even as he faced life’s challenges. He will be greatly missed.

View his obituary here, or here.