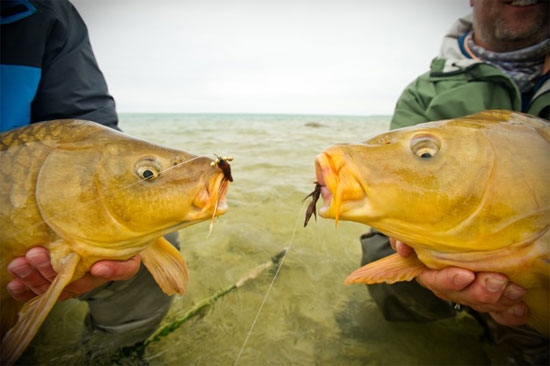 The last issue of Angling Trade received many positive comments from readers (thank you), but no topic stirred quite as much interest and response as my short column on carp fishing tournaments.  You can check out that story in the August issue, but the basic premise was that if we (the fly fishing industry) are interested in a competition-based platform for generating exposure and adding new wrinkles to the sport, it should revolve around carp.  They’re everywhere.  They can stand the pressure.  They present unique angling challenges.  And there are a number of great, local carp tournaments in place throughout the country, and that number is growing.

The opportunity, in my mind is to look toward a national event or series.  At the Carp Slam in Denver, I met with David Moore, who has coordinated the major Euro-style carp tournaments in the Unites States in the past several years.  He is interested and willing to help fly fishing create a carp series.

Here’s what we’re going to do:  We’re going to coordinate five regional carp tournaments (existing events or otherwise) to be qualifiers for a national event with prize money, etc.

If you or your company want to be involved with this… if you are involved with a carp tournament that you think might benefit from being one of the “regionals”… if you want to be part of the dialogue that establishes a national carp series on the fly… please E-mail [email protected], and we will include you in the development process.