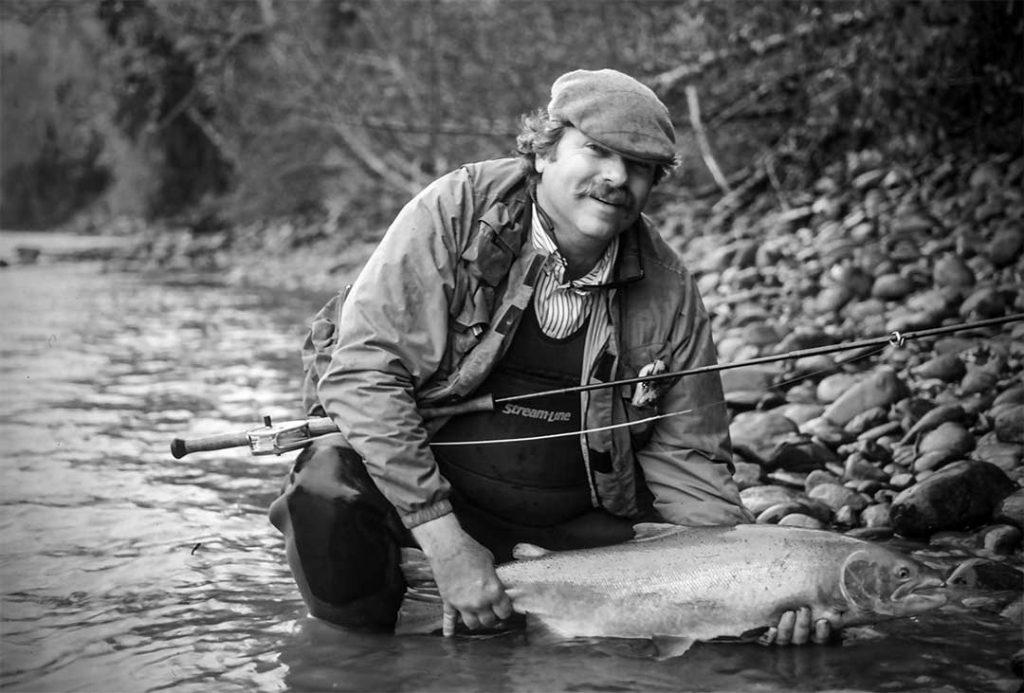 If we had a discussion about what products in fly-fishing have climbed the innovation curve fastest within the last generation or so, fly lines, leaders and tippet would definitely be a part of that conversation.  And Jim Vincent, who co-founded RIO products in 1990, and extensively wrote about fly fishing and casting, created a following for two-handed technique, and ultimately developed and marketed a number of products that changed the way many of us cast today, would play a leading role in that conversation as well.

Vincent passed away in Idaho Falls last September at the age of 73.  His longtime colleague Harry Campbell, who consulted with Jim and Jim’s wife and RIO co-founder Kitty on marketing plans before the couple sold the company, was kind enough to offer some highlights on how profound an influence the Vincents have been on this industry:

Background Note: RIO innovated two HUGE features in managing the mess of tippet material in every fly anglers vest: The elastic “Le Strap” which prevents the material from springing off the spool and tangling with its brethren, and the Interlocking Tippet Spool which locks all spools together so they don’t clank against each other and get twisted up. Both of these innovations have been widely copied since their introduction.

1994 – The WindCutter Fly Line. The WindCutter was the first in an emerging series of radical, modern fly line tapers from RIO, specifically designed to deliver pin-point casting accuracy with maximum line control and casting power during windy fishing conditions. Developed on the Henry’s Fork to fish finicky bank feeders during high winds.

2002 – RIO’s proprietary SlickShooter Process is a combination of special additives and precise manufacturing controls and protocols which results in smoother, slicker and more durable fly lines. The lines are also self-lubricating and specially formulated for supple handling in cold water.

2002 – RIO’s AgentX / Super Floatation Technology:  AgentX is the brand name for a patented RIO technology that has been introduced to the inner layer of PVC which coats RIO’s floating fly lines which significantly increases the buoyancy of those lines.

2003 – RIO Grand Fly Line. The RIO Grand is a weight-forward floating fly line with a radically different reversed compound taper designed to bring out the best performance in today’s fast-action fly rods.  Unlike traditional weight-forward designs, the RIO Grand features a slightly heavier load in the front part of the shooting head to quickly flex a fast-action rod, and a lighter, longer tapered section in the rear of the shooting head to prevent the weight of a full length of line from overpowering the rod – as well as to facilitate longer roll casts.

In 2005, the Vincents sold RIO Products to Far Bank Enterprises.

A more thorough writeup honoring Jim Vincent, with colorful descriptions of Jim the angler, was produced by Fly Fisherman and can be seen here.