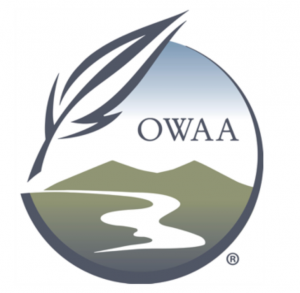 The Outdoor Writers Association of America on Monday revealed the winners of its Excellence In Craft Contest and the President’s Choice Awards at its annual conference.

The President’s Choice Awards also were announced. The awards were selected by outgoing OWAA President Christine Peterson from among the 34 first-place winners in the Blog, Magazine, Newspaper, Photography, Radio/Podcast, and TV/Video contests.

The overall President’s Choice Award was presented to “Ocean to Idaho,” a documentary by Kris Millgate of Idaho that aired on PBS stations in Idaho, Oregon and elsewhere. Millgate’s documentary tracks the migration of salmon from the Pacific Ocean. The documentary has been nominated for two Emmy Awards.

In addition to “Ocean to Idaho,” other President’s Choice Awards went to:

Miniuk (Arizona) collected four first-place awards, including in the Book Contest for “Photographing Acadia National Park, 2nd Edition.” Her other firsts were in Photography/Fauna (“Rush Reflections”), Photography Scenic (“The Confluence”), and Photography Essay (“The Current Flows: Water in the Arid West”).

Kruse (Washington) received one first place and five seconds in the Radio/Podcast Contest. The first-place winner was “Outdoor Life’s Best Binoculars in 2021” that aired on America Outdoors Radio.

Ballard (Montana) won first place in the Magazine/Gear-Technical category for “Decoying Doves” published in Colorado Outdoors among her five awards.

Smedley’s five awards included first in the Photography division of Family Participation/Youth Outdoor Education for “Kim and Kyle at Sinclair Cove” published on Algomacountry.com. He is from Ontario, Canada.

Fox and Stimpson each won two additional first-place awards besides the ones chosen for President’s Choice.

Fox’s were in Radio/Podcast – “Kris Millgate – Outdoor Journalist” in Conservation or Nature, and “Travis Puglisi – Wandering Mojave Hiking Services” in Outdoor Fun or Adventure. Both were on his podcast Success INsights.

Stimpson also won first for Blog/Conservation or Nature for “Why Rhinos Fly Upside Down Over Namibia” published on Atlas Obscura and for Magazine/Outdoor Fun or Adventure for “Scuba Diving West Virginia’s Summerville Lake” published in Blue Ridge Outdoors.

Bill Sherck (Minnesota) won three first-place awards in TV/Video, including “Leo’s Last Ride” that was a double winner in the Family Participation/Youth Outdoor Education and Fishing categories. He also won for Outdoor Fun or Adventure with “Sleigh Day!” All three aired on Minnesota Bound.

Small won the Fishing category in Radio/Podcast for “Swim Fishing with CW Wachuta” that aired on the Outdoors Radio Network, and in Newspaper/Hunting or Shooting Sports for “1940 Armistice Day Storm Redux” published in Wisconsin Outdoor News.

Queneau’s two wins were in Photography – “Game Count Flight Over Yellowstone” in Outdoor Fun or Adventure category and “Dustbuster” in the Fauna category. Both were published in Montana Outdoors.

A total of 129 EIC awards were presented to 68 OWAA members. The full list can be found on the OWAA website at https://owaa.org/2022-eic-award-winners.

Recognized as “The Voice of the Outdoors,” OWAA is the nation’s largest organization of professional outdoor journalists. Its membership includes writers, photographers, videographers, radio and TV personalities, digital storytellers and artists. Formed in 1927, the nonprofit association’s mission is to improve the professional skills and opportunities of its members, set the highest ethical and communications standards, encourage public enjoyment and conservation of natural resources, and mentor the next generation of professional outdoor communicators. https://owaa.org