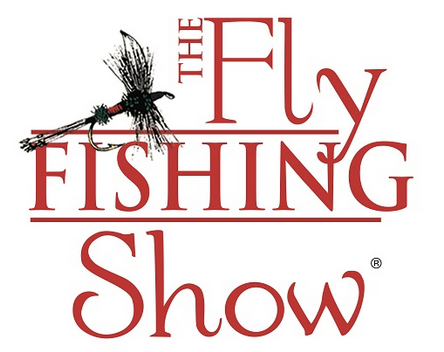 From: The Fly Fishing Show

Shortly before 9 a.m. on a chilly January 28 in Edison, New Jersey, there was a sound that could be heard throughout the fly fishing industry.  It was the collective sigh of relief and vindication of The Fly Fishing Show staff when they looked out the glass door and saw hundreds of people waiting in line to buy tickets.

After a year of cancellations and the eventual loss of the entire 2021 show season, The Fly Fishing Show was back.  And folks were in a mood to bust the doors down trying to get into the New Jersey Convention & Exposition Center.

In reality, it would not end well when a strong coastal storm roared through the eastern mid-Atlantic and Northeast states with a classic Nor’easter, dumping up to 30 inches of snow on the region the night of the 28th through the morning of the 29th.

But until mid-afternoon on January 28, when the news of the impending storm swept through the facility, attendees could not get enough.  They wanted to stand next to Gary Borger, Cathy Beck, George Daniel, and Mac Brown, as they demonstrated fly casting.  They wanted to flex rods, twirl reels, try on vests and review every fly-fishing lodge and vacation destination from Alaska to Argentina.  They wanted to watch hero fly-tiers spin feathers and floss into remarkable creations that caught fish.  They wanted to buy everything, go everywhere and dream the dream!

The audience was tired of “on-line” and catalog shopping.  They wanted to touch, feel and caress everything that was new.  “And they spent approximately three times more per person than in prior shows,” said Fly Fishing Show CEO Ben Furimsky.

On the other side of the booths, exhibitors sold feathers and fur, waders and vests, rods and reels and all the paraphernalia that makes fly fishing the sport it is. Money saved from various government stimulus programs was invested in new gear.  Pricey tackle that had once been just a dream now became reality.  Credit cards all but melted.

And then came the blizzard.

But it wasn’t over quite yet.  On Sunday, after most roads had been cleared, a record and voracious crowd shuffled into the convention center all morning with vacation plans in mind.  Destination and guide bookings remained remarkably strong.

The Edison Fly Fishing Show was a harbinger of things to come.  Despite confusion over city, county, state and federal mandates regarding COVID-19 cautions and restrictions, attendance overall was just a notch below the high-water marks set in 2019 and 2020.  And in Lancaster, Pennsylvania, attendance topped the previous high and set a new record.  Who’d have thunk it?

Atlanta attendance was off a reasonable and not unexpected number, but the big question was the Denver show at the new Gaylord Colorado Rockies Resort & Convention Center.  Would attendees pay a little more for show admission and services?  The answer came early on opening day, February 11.

Cars began streaming into the parking lot shortly after 8, a non-stop lineup that lasted until midday on Sunday.  Whoopee!  The Fly Fishing Show was back.

The newer and larger facility allowed the show to expand and have more amenities that did bring some price increases to host the show.  However, overall the responses were overwhelmingly positive.  Manufactures in particular were happy with this location and the ease of access from Denver International Airport.

For the first time, Denver exceeded New Jersey in attendance and became the largest fly fishing gathering in the world for the 2022 year.  However, it must be noted that the blizzard severely impacted attendance on Saturday

“But,” as one longtime retail exhibitor put it, “Where else can I see more than 2,000 fly fishing fanatics with money to spend in just two or three days?”

The best news?  Computer surveys taken at the entrance while registering showed 38% who said they were first timers; they’d never before been to the show. And during informal introductions at seminars, demonstrations, or Destination Theater showings, many shouted out a response, “I’ll be back.”

Responses to an exhibitor post-show questionnaire said it better:

Brian O’Keefe, Eleven Angling – Eleven Angling participated in the Fly Fishing Shows again and were pleasantly surprised by the quality people who we talked to.  East Coast, West Coast and Denver were all strong for us. People were really anxious to get back to International Travel and fish places like Iceland, Chile, the Bahamas, and New Zealand. I recall several groups that could not make up their minds on where to go first!

Scott Wilday, Lid Rig – I just wanted to say “thank you” for including Lid Rig in the Denver show. It was an amazing experience and we actually sold out of product, which blows my mind.  I’ll be working more shows into my budget as we grow and get new products.

Phil Iwane, fly tier – What a great show that you put on in Denver. It was great to see so many people that I hadn’t seen since Covid.  All my friends said it was a great event and they were pleased with how it went.  Thanks again for allowing me to be part of your event.

Brandon Miller, Director of Marketing & Business Development, TrueFly Supply – I didn’t realize that I needed the show until I was at the show again. Coming to the Fly Fishing Show reinvigorated my drive and passion for my fly fishing business, which was very much lacking after having missed an entire year of any trade show. It allowed me to fall into a place of complacency that I wasn’t fully aware of until Edison. Thank you for hosting these shows and allowing businesses like mine a place to thrive in front of consumers.

Matti Hakonarson, Iceland Fishing – We were a little skeptical about booking the show this year and unsure how they would be after these strange couple of years, but the New Jersey show turned out great for us . . . we could really feel people are ready to put this virus behind them and start traveling. Even with the snow storm and low attendance, we likely sold more trips than on any other show before as everyone who was there came with the intent to buy a trip and we had plenty of time to speak with everyone. We will definitely be doing the shows again next year!

Dates and venues for the 2023 Fly Fishing Show are now being solidified.

The Fly Fishing Show is back.