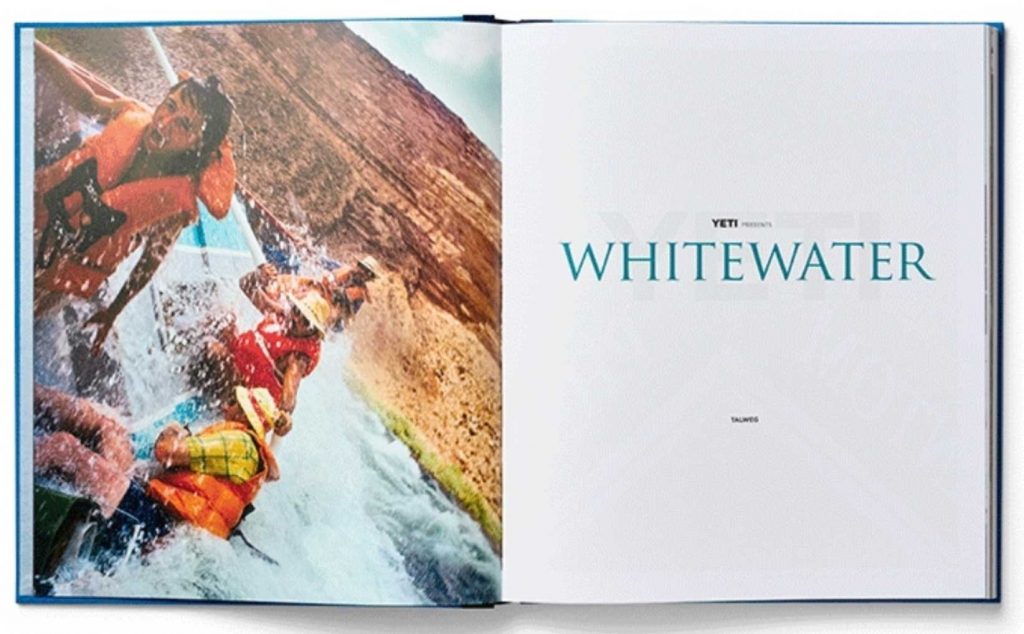 Let’s face it, as anglers many of us are boaters by default. Many of us via still-water, but quite a few of us get into the froth frequently chasing both fish and that quick adrenaline fix on many of our nation’s incredible rivers.  I personally love both sides of the coin and just laid down a bit of coin for the new book WHITEWATER from Yeti and American Rivers.  See the release from American Rivers below.

The feelings you get when you shoot down a river at breakneck speeds, the rush as you hit the rapids and water explodes all around you; these are hard things to capture in words or pictures. Until now.

American Rivers and YETI have captured the heart-thumping exhilaration and gorgeousness of our country’s wildest rivers in WHITEWATER, a collection of stunning photographs and essays by celebrated adventure writers and photojournalists.

This hardbound, 156-page ode to the thrill of free-flowing water, takes you from the wilds of the Flathead River in Montana to the epic chutes of the American River in California to the bow of a dory in the Grand Canyon. It’s a wild ride — and perfect for those who dream of being on the river.

As an added bonus for purchasing the WHITEWATER book on americanrivers.org, you’ll be entered to win the mother of all river trips — a 17-day trip for two down the Grand Canyon with OARS.

WHITEWATER deluxe, limited-edition copies are $250/each. Don’t miss your chance — we expect WHITEWATER to sell out quickly.