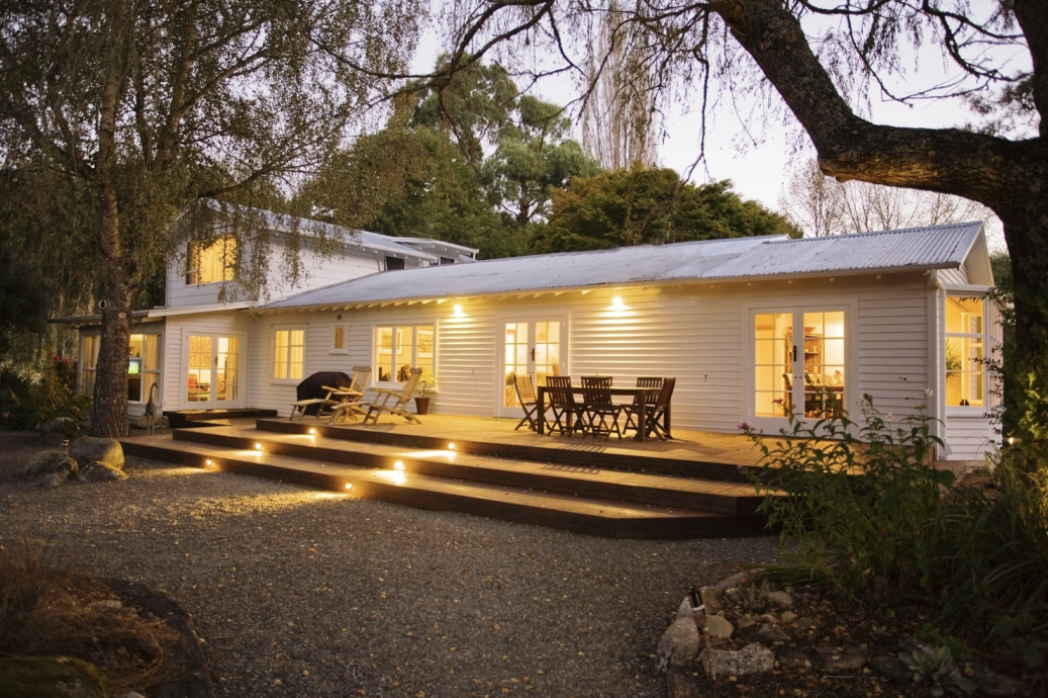 South Island luxury fly fishing lodge Owen River Lodge is the first fishing lodge in the world and the first accommodation provider in New Zealand to be recognised as a Certified B Corporation, or B Corp.

“We’ve had Qualmark Luxury Lodge accreditation since 2017 and have won some pretty big industry awards here and overseas, so I felt confident about B Corp certification. But this has been a whole different order of tough.

“It’s definitely worth it, though, to prove that you walk the talk.”

“We’re also the only fishing lodge in the world to have this accreditation,” says Felix. “So we’re rubbing shoulders with the likes of Patagonia and Fishpond, which is pretty mind-blowing.”

The lodge, which primarily caters to an affluent international market, has been hit hard by closed borders over the last two years. It’s been a point of pride for Felix that Owen River Lodge survived with all staff still employed.

“There aren’t many job opportunities in a small place like Murchison, so redundancies would’ve impacted the whole community,” he says. “And apart from that, I just worked on the things that I still had some control over—like restoration plantings along our river frontage and getting the Lodge certified Carbon Positive with Ekos.

“As it turned out, these are exactly the sorts of things that B Corp certification is all about—doing the right thing, basically.”

He says B Corp has gained a lot of traction in recent years and accreditation is becoming an increasingly important marker of corporate social responsibility.

“It’s the way business will be done in the future,” he says. “And I’m very glad that we’ve jumped aboard early.”

For more information or to arrange an interview, please contact:

About B Lab Global and B Corp

Founded in the US in 2006, B Lab is a global non profit network dedicated to transforming the global economy. It certifies B Corp businesses against high standards of accountability, transparency and social and environmental performance. B Lab Australia & Aoteara New Zealand was established in 2013.

A luxury fly-fishing lodge near Murchison in the South Island, Owen River Lodge markets to a high-end global market, primarily based in the United States, Australia and the U.K. The lodge was a category winner at the New Zealand Tourism Awards in both 2018 and 2019, a 2021 Qualmark Awards winner, and holds Ekos Climate Positive certification.