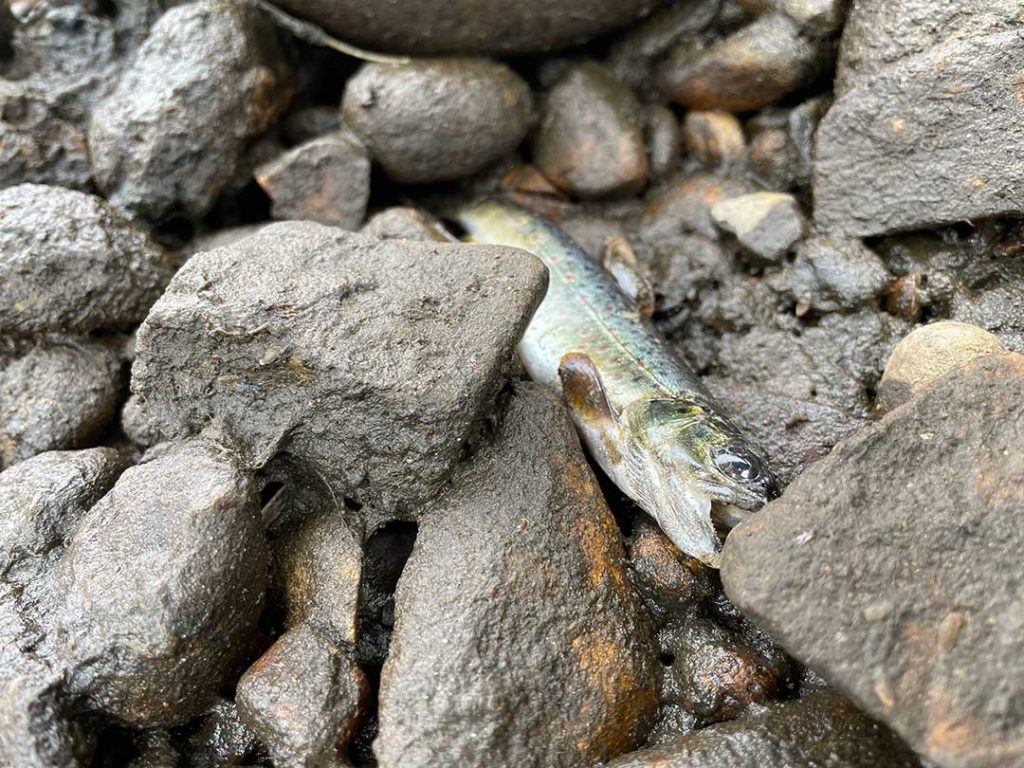 There’s a scramble to save fish happening in Montana. They need saving because a dam on the Madison River failed, but not the kind of the fail that causes flood. Instead of releasing all the water at once, Hebgen Dam stopped flow all at once. USGS monitoring graphs show the river dropping dramatically from 648 cubic feet per second (cfs) to 228 cfs in one hour early Tuesday morning. 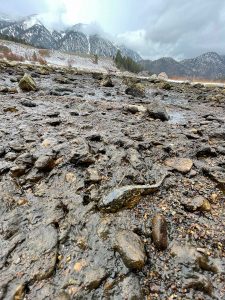 “The loss is going to be significant up high because fish didn’t have time to migrate before it fell off,” says Kelly Galloup, Galloup’s Slide Inn flyfishing lodge along the Madison in Montana. “It was instant. It didn’t taper.”

Community response was nearly as instant. Staff from NorthWestern Energy and Montana Fish, Wildlife and Parks plus guides, anglers and residents converged with buckets and nets to salvage what was still alive and move it to the main channel Wednesday.

“There’s people disbursed throughout just walking, looking for stranded fish,” Galloup says. “You find a puddle two feet across and it has 10 little fish in it, but the main channel is still flowing. That’s our saving grace.” 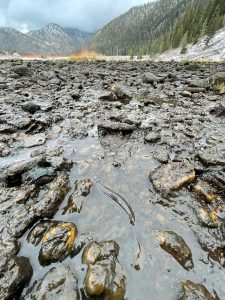 Of particular concern are brown trout in the well-known, blue ribbon fishery near Yellowstone National Park. Their recently created spawning beds are common in side channels. Dewatered, the eggs are exposed.

“We see all those dead baby fish, it’s not good,” Galloup says. “It’s not like a poisoning where we would lose

it all, but we could lose a whole class of fish in those eggs.”

NorthWestern Energy owns Hebgen Dam, which was built in 1914. The power company has crews working on the gate involved with this week’s dam failure, but states in its social media updates that it will take several days to fully restore flows.

Montana FWP has an emergency closure in place for the area. No fishing allowed. 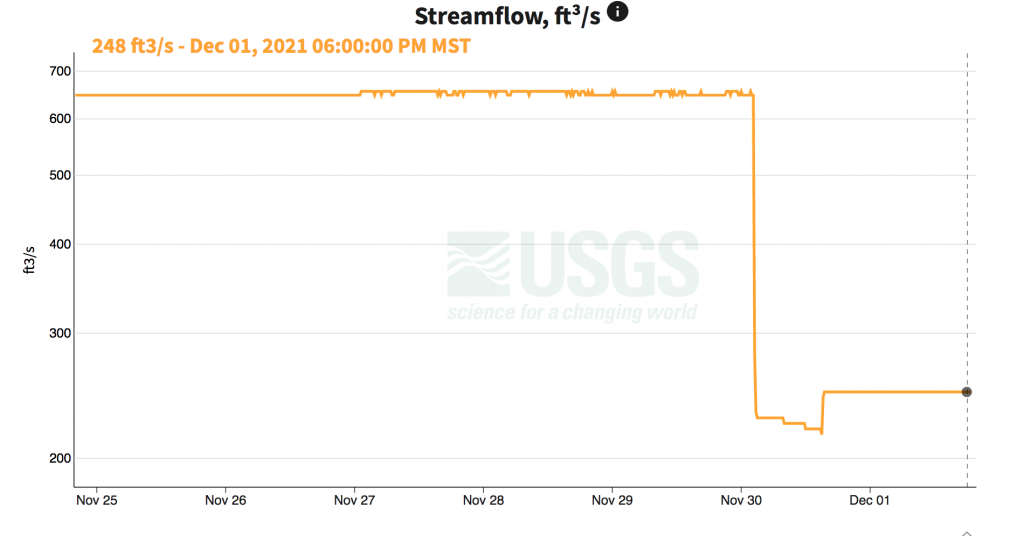