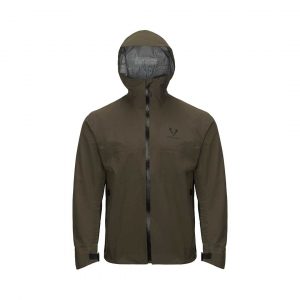 Once again driving the industry forward with innovation, FORLOH, the 100% Made-in-America technical outdoor brand, expands into new categories with an extension to their award-winning AllClima Collection with the new AllClima Airalite 3L Jacket and Pants, available now. Designed with the most advanced waterproof, breathable technology to date, anglers, hunters and adventurers alike will be pleased to learn that FORLOH has managed to shave the weight without compromising an ounce when it comes to protection from the elements, breathability and incredible durability to last season after season.

The AllClima Airalite 3-Layer Rain collection is 50% lighter (112gm/m2) than the current FORLOH AllClima 3L Rain Collection, making it an ultra-lightweight option that’s in a durability class of its own thanks to 30-denier military grade rip-stop nylon construction paired with an ePTFE membrane and a lightweight 20 denier tricot backer. The jacket also incorporates the first-of-its-kind horizontal zippered back vent which was designed to allow excess heat to escape while still offering protection, whether standing in a torrential downpour or simply getting sprayed while fishing in rough waters.

While light on weight, the AllClima Airalite 3-Layer Jacket and Pants are loaded with technology. The first hunt brand to do so, FORLOH increases the margin of safety for consumers with the inclusion of RECCO®, a technology that makes the user easier to locate in the event of an emergency.

In addition FORLOH achieves standout breathability with their first-to-market Airadigm™ Pulse Plasma technology, pairing the industry’s highest level of waterproofness (up to 35k +/mm) with exceptionally high breathability ratings (up to 35k MTVR) — traits typically at odds with one another in more traditional waterproof, breathable fabrics.

Rather than coating the outside of the fabric with a water-and-oil-repellent DWR treatment, the most common and current method, Airadigm Pulsa Plasma technology actually applies the DWR treatment in trace amounts employing a process that takes place in a vacuum chamber wherein an electrical charge forces the treatment bond to the fabric’s fibers. This technique is done on the molecular level and treats every structure of the fabric’s fibers resulting in less DWR treatment needed. In turn the pores of the fabric remain open and results in a substantially more breathable and air-permeable garment. Besides being a more durable and longer-lasting treatment, FORLOH’s Airadigm Pulse Plasma technology results in a soft, supple, quiet fabric compared to most waterproof fabrics. This makes FORLOH the ONLY brand to have an “active” system that breathes from the moment you put it on, unlike others that use a passive system that requires you to sweat first.

About FORLOH: The only brand that makes 100-percent American-made hunting apparel, FORLOH is a technology company that focuses on the hunting and outdoor markets. Based in Whitefish, Mont., FORLOH uses a range of cutting-edge and proprietary technologies to improve performance in areas like breathability, waterproofing, insulation, heating and cooling. Through FORLOH’s connections with U.S. manufacturers, it has adopted and applied technologies from other industries, such as NASA or the automotive industry, to create unique performance characteristics that other manufacturers are not offering. It is focused on how its products work together to create an apparel system that performs better. At its core, FORLOH is dedicated to enabling customers to forge deeper connections with the outdoors through use of better technology. Join the future today at FORLOH.com and join the conversation on Instagram, Facebook and Twitter.