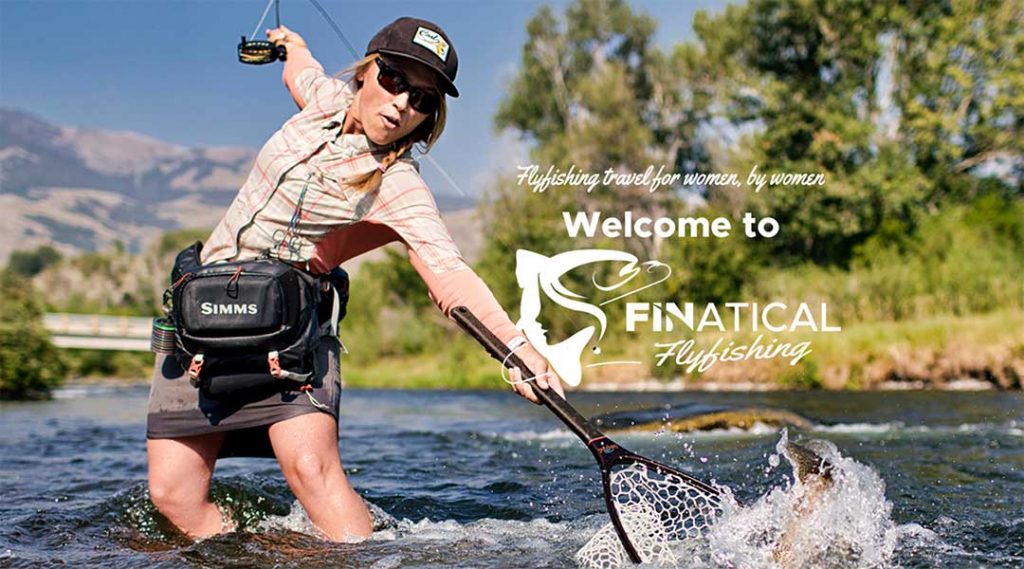 Women’s flyfishing has reached an exciting time. There are more women guiding than ever before and many are raising the standard in this demanding profession. Many of these women have inspirational stories and we are excited to feature them and offer hosted travel with the outfitters who support them.

For example, Patty Reilly has guided all over the western United States; from Jackson Hole and Yellowstone to Alaska and many rivers in between. She then went to South America where she and a partner became the first commercial operator to get a permit and guide in Argentina. Patty is co-hosting a 2022 trip to Ascension Bay, Mexico, with Finatical Flyfishing.

Karlie Roland grew up in Utah fishing with her family who took many trips to the Henry’s Fork. She worked in a fly shop in Bozeman, ran a women’s flyfishing program in Seattle and returned to guide on the Henry’s Fork for Trouthunter. Karlie will be one of the guides during Finatical Flyfishing’s women’s trip on the Henry’s Fork in August.

If you have prospects who may be interested in these trips or others, (which you probably do) Please contact Steph Albano at 208-220-0706 or [email protected].