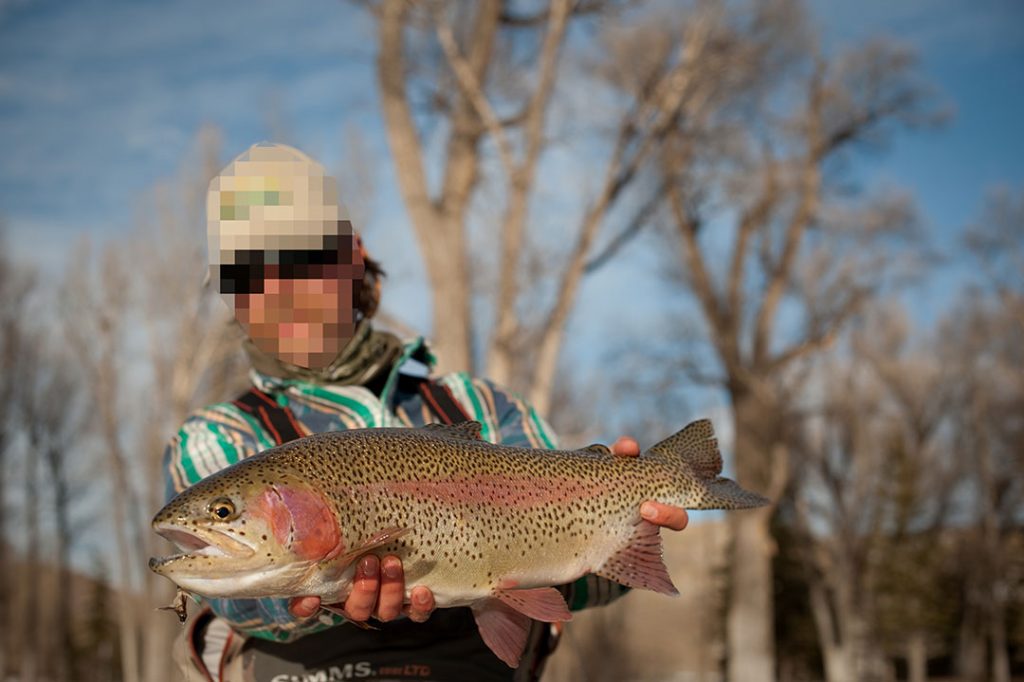 An anonymous angler shows his pellet-head “trophy” on Jones’s property.

Billionaire Paul Tudor Jones II wants to use phosphorus to help create more food for the steelhead-sized triploid trout he has planted in the eight miles of Colorado’s Blue River that runs through his 25,000-acre ranch.  The problem is, phosphorus can lead to algae blooms and other negative effects in the watershed. What will the downstream effects be on the Upper Colorado, for example, which is already facing an uncertain future following the East Troublesome Fire that burned over its headwaters last fall?

Maybe instead of figuring out how to feed unnatural fish in the Blue, it’s time to acknowledge that certain rivers have a “carrying capacity” and if that means fewer, smaller fish than it takes to get your Ya Yas out, so be it.  It would be great if some more attention and money got spent on mitigating the effects of the fire disasters that happened within a virtual stone’s throw of the Blue River.

Anyway, here’s the story from the Aspen Times.