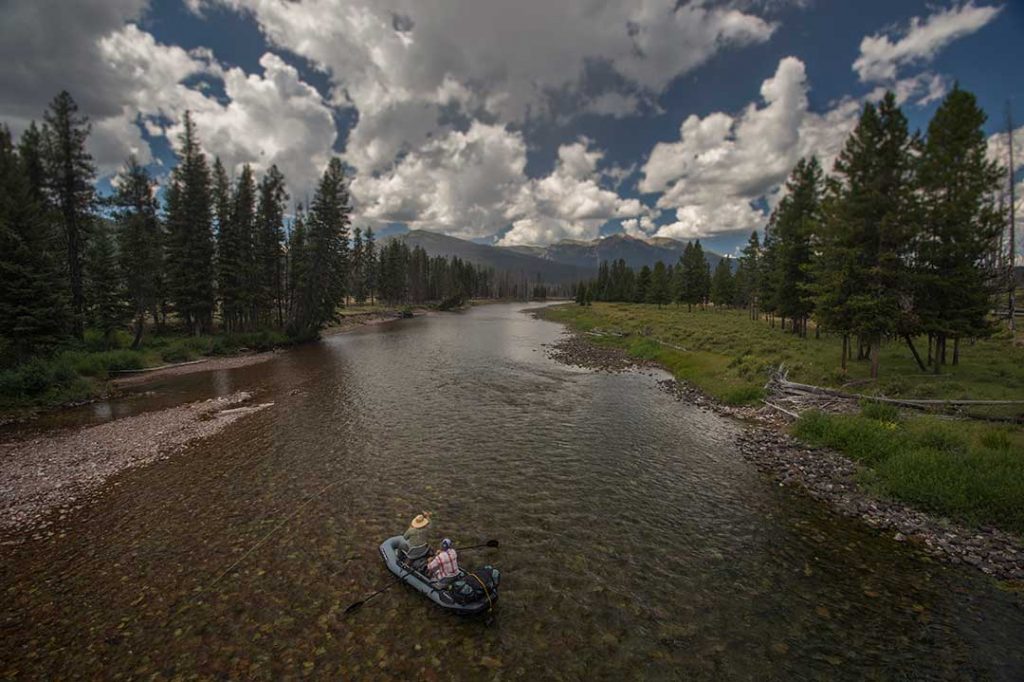 Joe Biden’s win signified a victory for American conservationists and anglers who hope that the newly-elected Administration will reverse or halt the many environmental tragedies instituted by the Trump Administration. Biden’s appointment of John Kerry as the U.S. Climate Envoy shows a promising 180-degree shift from the previous Administration’s climate deniers. But in Montana, anglers and members of the outdoor industry fear the status quo as Trump’s surrogates swept Montana’s US House, Senate, and Governor’s seats.

As a professional guide, public landowner and conservationist, I speak for Montanans who implore our newly-elected representatives to make their own 180-degree course correction and manage our natural resources more responsibly than in the past. Unfortunately, Governor-elect Greg Gianforte is on the record stating that he will “streamline” the permitting process to increase logging, coal mining, and oil and gas production. Gianforte’s Lieutenant Governor, Kristen Juras, has criticized Montana’s stream access law, which may pose a threat to public access to Montana’s world-famous rivers.

Gianforte himself once sued Montana’s Fish Wildlife and Parks (FWP) to restrict public access to a stretch of the East Gallatin River adjacent to his land—a suit FWP resolved by investing in trail and fence upgrades. Even when Gianforte takes a step forward, as he did while in Congress by supporting the bipartisan Great American Outdoors Act, he took a step backward when he voted to slash funding for the Land and Water Conservation Fund.

Like Gianforte, Senator Steve Daines was a staunch supporter of DJT’s appointments, including Interior Secretary David Bernhardt who nominated the radical William Pendley as director of the Bureau of Land Management (BLM). Daines markets himself as the “conservative conservationist,” but he supported rolling back methane emission restrictions on the oil and gas industry (a move questioned even by oil and gas industry leaders); he voted to weaken environmental protections by confirming Andrew Wheeler to the EPA; he voted to put our public waterways at risk through the Exposing Waterways to Invasive Species Act; he supported removing language from government documents stating that climate change is ‘human-caused’; and the list goes on…

For those unaware of the threats facing Montana’s mountain towns, we are in the midst of a population boom[1] and the related development threatens our natural environment[2]. Montana has one seat in the US House of Representatives and outgoing Gianforte has passed the baton to Matt Rosendale, a multimillionaire East Coast developer, who made his opposition to public lands clear while serving in the state legislature by challenging the Keogh Ranch Conservation easement, which would have protected more than 7,000 acres of land in southwest Montana from residential development. In 2011, Rosendale supported HB 292, which compromises the rights of Montanan’s to a clean and healthy environment; he voted against SB 31 and SB 114 which restricted Montana’s renewable energy standard; he weakened water rights across Montana by voting against the Confederated Salish & Kootenai Tribal Water Compact in SB 262; and further endangered outdoor heritage and our clean energy economy by voting to dissolve the Coal Tax Trust Fund in SB 353.

In a state like Montana where the outdoor industry generates $7.1 billion dollars of spending annually, we cannot afford leadership that harms our natural environment and the outdoor recreation and commercial interests tied to it. I eagerly await more pro-environmental policies and appointments from the Biden Administration, and I implore Montana’s newly elected officials to protect, rather than exploit Montana’s natural resources. We must dissent and hold Trump’s surrogates accountable if they fail to change and continue to threaten this nation’s Last Best Place.

The preceding column reflects the views of the author.  Angling Trade welcomes other opinions and will consider additional editorials sent to [email protected].