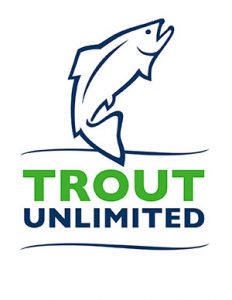 An announcement expected tomorrow by the U.S. Forest Service says the agency will repeal the Roadless Rule on the Tongass National Forest, opening previously–protected lands containing rare, old–growth trees to industrial clear-cut logging and construction of expensive and highly–subsidized logging roads. Removing the Roadless Rule from the Tongass is the most extreme of six alternatives considered by the Forest Service.

The move comes despite overwhelming public comment in support of the rule (see page 2) and its long-standing protections for fish and wildlife on more than 9 million acres of the Tongass.

“Make no mistake, this decision is all about opening up old-growth forest to clear-cut logging in an effort to prop up an outdated and highly-subsidized logging industry,” said Austin Williams, Alaska Director of Law and Policy for Trout Unlimited. “Renewable energy, community infrastructure, mining, and transportation projects would have proceeded under any of the six alternatives considered. This decision only makes sense if your primary goal is to clear cut more old-growth forest.”

The Forest Service reports every single project proposed in a roadless area in Alaska had been granted an exemption and allowed to move forward, typically within a matter of weeks. These projects include mining projects, energy and utility projects, transportation roads, and community infrastructure development. (see page 6).

In public meetings on the proposed repeal last fall, southeast Alaskans overwhelmingly testified in opposition to the repeal. Nearly all the testimony reiterated the importance of the rule’s benefits to local fisheries and related jobs.

“Communities, fish, wildlife, tourism, subsistence, and recreation have thrived in the Tongass with the Roadless Rule in place, and it’s a disgrace to see logging special interests win out over the wishes of Alaskans and the long-term health of the region,” said Williams. “Fish, wildlife, and recreation are the future for southeast, not some half-baked plan to give away and cut down the best remaining stands of old-growth forest.”

The Tongass produces more salmon than all other national forests combined, and supports fishing and tourism industries that account for more than 26 percent of local jobs in the region. Science shows clear-cut logging pollutes streams, and harms salmon and deer populations. More than 30% of all instances where Tongass roads cross fish streams (1,120 crossings in total) fail to meet state or federal standards for fish migration, impeding salmon and trout from nearly 250 miles of important spawning and rearing habitat.

The record of decision will be noticed in the federal register Thursday.

Trout Unlimited is the nation’s oldest and largest coldwater fisheries conservation organization. In Alaska, we work with sportsmen and women to ensure the state’s trout and salmon resources remain healthy far into the future through our local chapters and offices in Anchorage and Juneau. Learn more about our work to conserve key areas of the Tongass National Forest at www.americansalmonforest.org