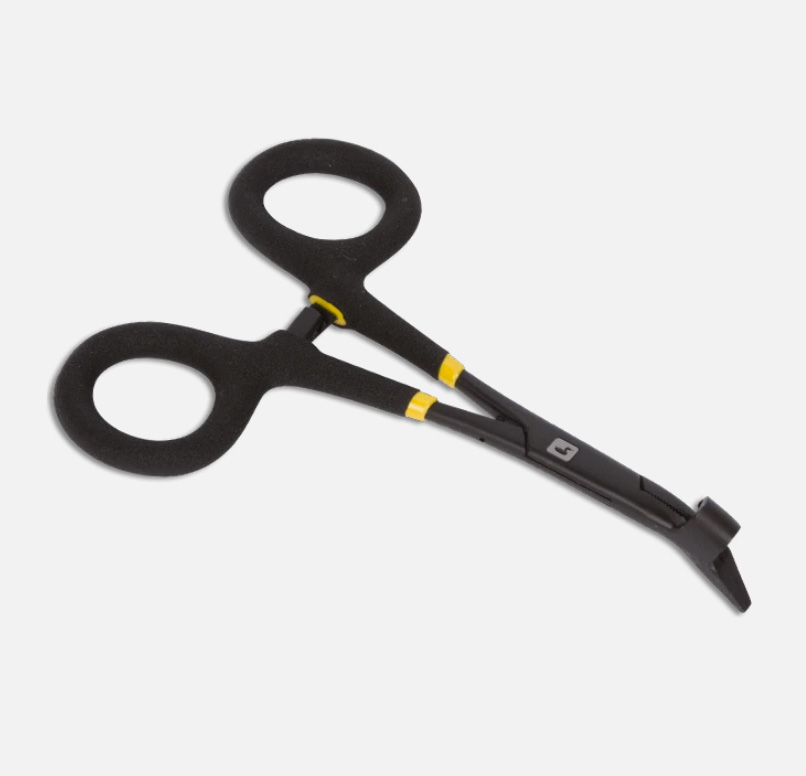 I’ve fished with a number of hook removal tools over the years, going back to the Ketchum Release.  While I’ve always liked the concept—slide the device down the leader and tippet, and it engages the fly in the fish’s mouth, popping it free (especially if the fly is barbless) with hands-free efficiency.  Great.  Problem was, I always tucked away or lost the hook taker-outer and ended up reverting back to the hemostats or forceps I was comfortable with because I used them to smash down barbs, hold flies as I threaded them, and so forth.  I’ve never been a big fan of many different tools, rather, I’m a fan of the multifunctional.  Show me a river knife or a pair of pliers with a hook sharpener or bottle opener incorporated in the design, and you’ve half won me over, right there.  So these hook removal forceps give you two options in one for releasing fish, all in one simple tool that you’re going to attach to your vest or pack anyway.  I like the grippy texture on the squeezy side, and the jaws have good purchase, even on lighter, slicker tippets and such. The only downside I can see is if you somehow knocked the welded hook remover off, in which case you’d still have a nice pair of forceps, but I’ve dropped and stepped on these for months and they show no sign of letting up.