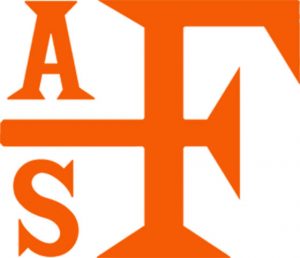 Over 80,000 scientists specializing in the study of fish and aquatic habitats from around the world released a statement saying we have to cut greenhouse gas emissions or face a bleak future for commercial and recreational fishing.

“Swift and resolute action by governments and by individuals to reduce emissions is essential to halt irreversible impacts to freshwater and marine ecosystems, fish, and fisheries from climate change. We must act now to safeguard our drinking water, food supplies, and human health and well-being. These grim predictions for the world’s aquatic ecosystems are not just theoretical. They are affecting us now and failure to act will imperil future generations,” said American Fisheries Society President Scott Bonar.

Climate change is already altering marine and coastal ecosystems with significant implications for wild capture fisheries and marine economies. Projected increases in ocean temperature are expected to reduce the maximum catch potential in most areas in the U.S. Many harvested stocks will shift from one area to another, or even across international boundaries with implications for seafood supply, ports, and associated businesses. Loss of habitat from sea level rise will lead to declines in the vast majority of commercially and recreationally harvested marine finfish and shellfish that are dependent on estuaries and coastal systems for some stage of their life cycle. Increased carbon dioxide absorption is changing ocean chemistry, rendering some waters too acidic for marine organisms with calcium shells, such as oysters and clams, and threatening the base of the marine food web.

“Coral reefs are threatened globally by rising temperatures, ocean acidification, surface runoff, and pollution. Unless dramatic action is taken to reduce greenhouse gases and local environmental impacts, coral reefs as we know them will probably not exist by the end of this century,” said Andréa Grottoli, President of the International Coral Reef Society.

Freshwater fish are especially threatened by the impacts of climate change. Forty percent of all in North America are today imperiled as a result of pollution, habitat loss, water withdrawals, and invasive species. Climate change coupled with these existing stressors will lead to significant declines in freshwater fish, with devastating consequences for cultural, recreational, and economic value of freshwater systems.

“Climate change is warming rivers, lakes, and streams throughout America, reducing habitat availability for freshwater fish, particularly coldwater species. Longer summers and warmer winters are reducing snowpack essential for maintaining blue ribbon trout fishing in the West. Anglers and the recreational tourism dependent businesses that depend on them will see drastic declines in the number of fish and days on the water,” said AFS Executive Director Douglas J. Austen, Ph.D.

Across the globe, incomes, food security, and livelihoods of aquatic resource-dependent communities are already at risk. Climate change threatens food security by endangering fish, an essential source of protein for many across the globe.

“Fisheries provide a valuable protein depended on by billions of people, especially those in developing countries. Climate change is putting that key protein source at risk. The current trajectory of greenhouse gas emissions requires urgent attention to ensure the future of global fisheries,” said Bronwyn Gillanders, President of the World Council of Fisheries Societies.

According to the Food and Agriculture Organization of the United Nations, fish accounts for 17% of animal protein consumed globally, fishing and aquaculture directly employ almost 60 million people, and global trade in fish products has reached US$152 billion per year, with 54% originating in developing countries.

“Aquaculture, both freshwater and marine, employs over 21 million people and in 2018 accounted for 46% of global fish and seafood production and 52% of fish and seafood for human consumption. The impacts of human-caused climate change on production systems threaten this vital source of income and food security,” said Jimmy Avery, President of the World Aquaculture Society.

In addition to reductions in emissions, aggressive policies and programs are required to mitigate the effects of climate change to freshwater fish and to preserve habitat essential for resilience. If we are to avoid losing countless species that provide immeasurable benefits to society, we must also mitigate the impacts of climate change on fish and fisheries and plan for adaptation required to ensure the long-term health of our freshwater, coastal, and marine ecosystems and the many economies that depend upon them. Intact, healthy habitats can help to provide resilience for fish and store carbon.

“When healthy, aquatic ecosystems are important allies that capture carbon and reduce climate warming, but when damaged, they may let go of the large amounts of carbon they hold. We need to protect our healthy aquatic ecosystems to maintain their crucial storage of carbon to help reverse the effects of climate change,” said Antonio Camacho, Chairperson of the European Federation for Freshwater Sciences.

Editor’s footnote:  We are keeping in mind those of you who are currently experiencing the effects of wildfires in the West, and hurricanes in the South. Do keep us posted, as this community will rally behind those who need help.