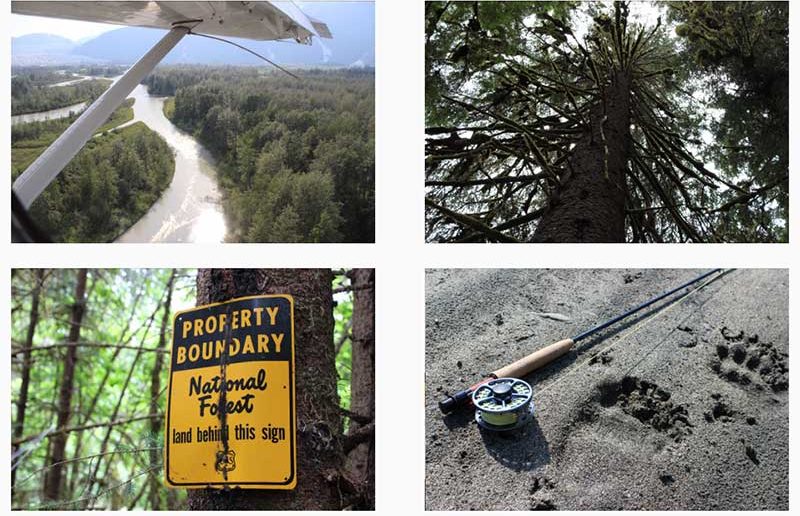 “This shouldn’t even be part of the conversation, let alone an actual consideration,” said Ben Bulis, president of AFFTA. “The Tongass National Forest is one of the painfully few places in our country where wild salmon and trout thrive, and the rich wilderness and teeming rivers are still left unspoiled by development. A repeal of the Roadless Rule would be a travesty for the fishery and the local community whose livelihood and economy rely on the health of those resources.”

According to Mark Hieronymus, registered Alaska Guide and Sportfish Outreach Coordinator for Trout Unlimited’s Alaska Program, “the Roadless areas of the Tongass, as well as the Tongass 77 salmon priority watersheds, contain highly productive fish habitat and unspoiled wildlands that are critical to the vibrant and ever-growing fishing, guide/outfitter, and tourism industries of southeast Alaska.” Combined, they contribute more than $2 billion in economic activity and roughly 26% of jobs in the region annually. He adds, “the proposed repeal of the conservation measures inherent in the Roadless rule is a direct threat to the success and continued contributions of these industries.”

And the lack of fiscal sense would only compound current budget woes. There is already a combined $168 million backlog of existing road maintenance and restoration of habitat impaired by those existing roads. If they can’t keep up with the obligation of restoring what they’ve already impacted, there is little hope for conservation to be a priority moving forward.

“We need the fly fishing industry and the angling public to let the U.S. Forest Service know just how bad of an idea the repeal of the Roadless Rule is,” says Bulis. “This is your land. America’s Salmon Forest belongs to all of us.”

Public meetings are scheduled as various locations in Alaska as well as in Washington D.C. A full schedule of these meetings is available here. A 60-day comment period on the Draft Environmental Statement is also now open. We urge you to send a letter supporting the no-action alternative which will continue to protect the fish and wildlife of the Tongass for future generations of Americans to come.

AFFTA guides the sustainable growth of the fly fishing industry through trade development and stewardship. We accomplish this by advocating for the industry and empowering our members to improve their businesses through collaboration, education and building community; along with advocating for healthy fisheries and engaging our members and partners to support protection, restoration, and access.