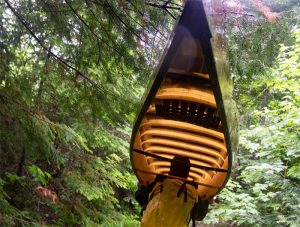 BHA has worked for years with a diverse roster of Boundary Waters stakeholders, including sportsmen and women, business owners, community leaders and outdoor recreationists, to uphold the region’s unique fish and wildlife habitat and outdoor opportunities.

Land Tawney, BHA president and CEO, decried today’s announcement, which would reverse a popular 2016 decision to withdraw the leases and ensure the Boundary Waters is conserved.

“The administration’s decision to prioritize sulfide-ore copper mining in the Boundary Waters – particularly in light of the 180,000-plus comments from members of the public urging restraint – suggests a disregard for the will of American citizens who rely on the region’s outdoors-dependent economy,” said Tawney.

“Today’s announcement is a travesty,” Tawney continued. “Mining in the Boundary Waters at the scale proposed not only would hurt wildlife such as northern pike, walleye and whitetails; it also would weaken a $1.6 billion outdoor recreation economy. We urge the administration to reverse course and conserve, not develop, this storied hunting and fishing destination.”

BHA has a large, established chapter in Minnesota that is strongly invested in the future of the Boundary Waters, confirmed Minnesota BHA chapter Co-Chair Aaron Hebeisen, who lives in Lake City.

“The Boundary Waters Canoe Area, the most visited wilderness area in the country, makes Minnesota No. 1 in the country for fishing licenses sold per capita,” said Hebeisen. “Fishing Opener is a holiday in Minnesota. It always falls on Mother’s Day weekend, and in our family, you either ate fish for dinner on Mother’s Day or else you took Mom out because you didn’t catch any fish.

“The Boundary Waters is a key part of Minnesotans’ cultural identity,” Hebeisen concluded, “the last piece of wilderness we can claim as our own. We take pride in its grandeur and solace. Fighting the decision to reinstate the mining leases is the best decision we can make for the future of wild places in our state.”

The BWCAW encompasses more than 1 million acres of pristine fresh water and forests and provides opportunities to hunt, fish, canoe, hike and camp that have been enjoyed by generations of public lands users. BHA members have joined with Sportsmen for the Boundary Waters and others to raise awareness of the threat the Twin Metals mine proposal poses for the area’s long-term protection.