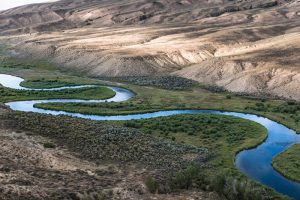 Two nights ago, the 115th Congress moved closer to adjourning after failing to advance a wide-ranging and noncontroversial public lands package that had been under careful development by lawmakers for years. Part of the proposed legislation was a permanent reauthorization of the Land and Water Conservation Fund, key provisions from the Sportsmen’s Act, Pittman-Robertson Modernization, and numerous regionally specific bills.

“These critical measures for our public lands and sportsmen’s access were teed-up and ready to go with broad support, yet Congress still failed to get them across the finish line,” says Whit Fosburgh, president and CEO of the Theodore Roosevelt Conservation Partnership. “While we truly appreciate the best efforts of some lawmakers who went to bat for this, we are disappointed to see common-sense solutions kicked down the road yet again.”

Chief among the opportunities missed was a reauthorization of the Land and Water Conservation Fund, which expired on September 30 despite the efforts of an outspoken, diverse coalition of advocates. For more than 50 years, the LWCF has helped conserve habitat and create public access for hunting and fishing all across the nation.

“Permanently reauthorizing the Land and Water Conservation Fund should have been an easy win for lawmakers of both parties,” says Fosburgh. “We still have 9.5 million acres of landlocked public lands in the West, and the task of conserving important fish and wildlife habitats is no less critical, but we no longer have at our disposal the best tool to address these issues.”

With the 115th Congress now at a close, sportsmen and women are turning their attention to the prospects of advancing the lands package in the next two years. When a new Congress convenes in January, much could be accomplished by making good on the unfinished business of the last session, with a simple reintroduction of these bills and expeditious votes.

There have been few chances in recent memory to achieve so much for fish, wildlife, and the future of hunting and fishing, and certainly none as ready-made as this. “If our Congressional leaders take seriously the priorities of sportsmen and women, this lands package should be high on their agenda when they begin work in 2019,” says Fosburgh. “Common-sense, noncontroversial solutions to some of the most pressing conservation challenges are simply waiting for our elected officials to act. We hope that the next Congress will honor the collaboration and effort that went into this deal by considering and voting on these bills when they convene in early January.”

For more information on the TRCP visit our website.

Inspired by the legacy of Theodore Roosevelt, the TRCP is a coalition of organizations and grassroots partners working together to preserve the traditions of hunting and fishing. By ensuring access to quality fish and wildlife habitat, we’re also safeguarding the $887 billion that sportsmen and women help contribute to the American economy.