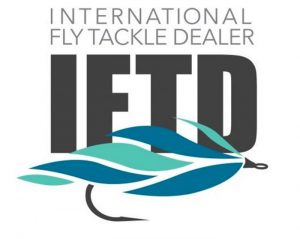 Angling Trade is all about giving props where props are due, and this week’s spotlight shines squarely on the American Fly Fishing Trade Association. Not only has the organization grown its retailer membership tenfold in the past six years, and included more retailers and guides on its board than at any point in recent memory, AFFTA just announced that it has already sold out exhibitor booth space for next year’s IFTD trade show in Denver. Nearly a year in advance, that’s not only the fastest the show has sold out, it’s the only time it has.

Denver is going to be a happening. Angling Trade is proud to be working with AFFTA to produce an official show guide that will be part of a special print edition of Angling Trade to print in September. Don’t be conspicuously absent from the show, the guide or the magazine.

Here’s the release from AFFTA:

For the first time in the history of the event, the International Fly Tackle Dealer show (IFTD) has sold out of all its exhibitor booth space in record time—effectively maxing out the floor of the Denver Convention Center hall, and doing so 10 months ahead of the doors opening. IFTD will be returning to its Denver, CO, roots October 16 – 18, 2019, 10 years after its last stop in the Mile-High City, five of those spent in Orlando co-hosting with ICAST.

“The speed at which we sold out the show is a testament to the difficult decision the board made in January 2017,” says AFFTA President, Ben Bulis. “One thing I want to stress, and I might sound like a broken record, but our entire industry is dependent upon the health and success of our specialty retailers. They are the lifeblood.”

To help ensure retailers have the tools they need to grow their business, AFFTA launched the business-focused Dealer Summit five years ago, which is taking place this coming February in Austin, TX. The decision to move IFTD to Denver was aimed at further helping make the show more geographically convenient for retailers, and the change from July to October aligns with a less hectic season.

“It’s been a tough ask over the past 5 years for retailers to leave their shops in July and travel to Florida for a trade show when their summer season just began. I’m personally looking forward to welcoming everyone back to Denver and producing the show our entire industry has been waiting for. I’m excited to see our retailers embrace this change.”

“I can honestly say that IFTD has played a crucial role in the growth of my fly shop business,” says Colby Trow, Owner of Mossy Creek Fly Fishing and AFFTA Board Chair. “For a specialty retailer to be able to spend three days in one location with almost the entire industry, building relationships, learning about the latest products and doing business face-to-face—this is the fly-fishing holy grail for retailers. Ben and our show committee continue to do an amazing job building out a very exciting show for next October.”

In addition, IFTD has committed to Kick Plastic at the show. Reusable water bottle filling stations will be available throughout the show floor with no single-use plastic present at all during the event.

“This, too, is an important move for us,” adds Bulis. “Our industry is committed to doing the right thing. Being responsible stewards of the environment is part of who we are. We’re proud to do our part in lessening the immense amount of plastic that’s choking our oceans and landscape.”

Exhibitors wanting to join the wait-list can do so on the show site: affta.org/iftd-show

Badge registration and lodging reservations for Exhibitors and Attendees will open on the same site February 2019.