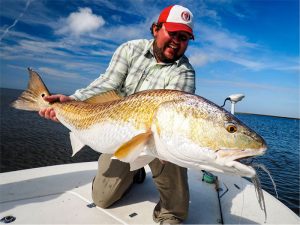 Van Vleet previously was the marketing manager for Scientific Anglers and earlier was a copywriter for Orvis.

His articles and other writings have appeared in Fly Fusion, Fish & Fly, Fly Fisherman, The Drake, American Angler, and the Flyfisher magazines. He has appeared in episodes of Seasons on the Fly and The New Fly Fisher telecasts as well as guiding in south Texas.

“We are very excited to have John join our crew. His unique experience in print, film and marketing align very well with the direction we are headed with the Fly Fusion and IF4 brands. We welcome his voice within the creative talent pool that drives both brands and look forward to seeing his fingerprint on our content as we move forward,” concluded Bird.