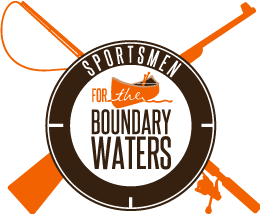 From AFFTA:
Our nation’s public lands—including our national forests, BLM lands and national wildlife refuges—shape our national identity. They are critical to the future of fishing, hunting and wildlife, and the sustained economic health of communities bordering these lands. If public lands are sold or transferred to states or private entities, our way of life would be in jeopardy. We strongly believe that public lands belong in public hands.

We stand with our friends, Sportsmen for the Boundary Waters, and urge you take immediate action.

From Sportsmen for the Boundary Waters:

An anti–Boundary Waters amendment, Amendment #55 to the House Interior Appropriations package, was just given a hearing in the U.S. House of Representatives. The Emmer-Nolan amendment bars Interior Secretary Zinke from using the only tool he has that can ensure the Boundary Waters is protected from this dangerous kind of mining.

We need your help to beat it.

Last fall we narrowly lost a vote in the House 216 to 204 after thousands of Boundary Waters supporters called, wrote and emailed Congress in defense of Wilderness. We were overwhelmed by the amount of passionate hunters, anglers and public land owners that were fired up by this Anti–BWCA legislation.