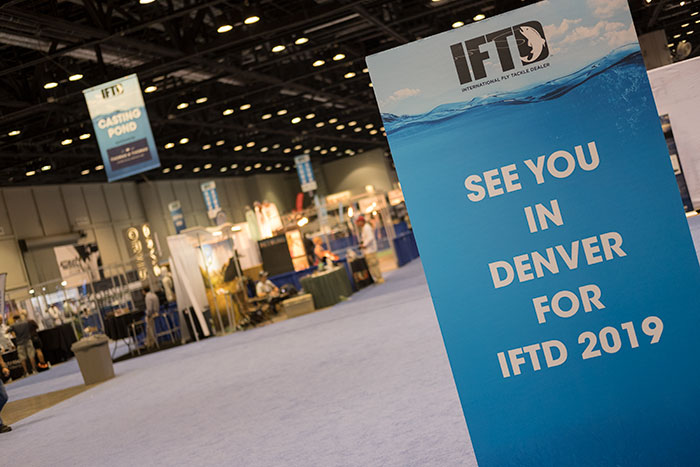 As the plane lifted off the runway and the sights of central Florida dissipated beneath the clouds, I’ll admit that I felt a twinge bittersweet. It’s been a productive run for the International Fly Tackle Dealer show in Orlando, connected to ICAST and the conventional tackle world. There’s no doubt that joining together (“putting fly fishing in all fishing” as the late John Merwin used to say) had the benefit of literally saving the IFTD show. Kudos to AFFTA for the chutz to see that through.

For a while, there was some genuine excitement on both sides, and I think that there certainly still is mutual respect and appreciation. I know for darn sure that smart companies that are able to cross over beyond the tiny fly world are going to do better and make a helluva lot more money.

But the co-located show(s) also, ultimately, showed the philosophical differences between the conventional and fly worlds. Some of that was just silly logistical stuff, e.g. why would there be a “best fly rod” in the conventional product showcase, presumably voted by people who don’t fly fish as a focus, when the smartest fly-fishing experts in the world are literally across the aisle? Some of it was deeper, and more political and rooted in issues like conservation. Now is not the time to rehash any of that.

Rather, I think it’s time to simply say that the takeaway trade show lesson for me over the past few years, is that sometimes you need to reconsider your identity to ultimately re-find your identity. In other words, I’ve never felt more like OKAY for fly fishing to be fly fishing. It’s a quirky, wonderful sport, with a great business community. That community—those people are what have made, and will make that show work, wherever it is.

I think IFTD is going to be great in Denver next year. I think ICAST is going to be great in Orlando next year again. I hope so. And I hope that businesses and individuals will use both shows to their full benefit, remembering that all fishing is good fishing, respecting all points of view, and remaining proud of their favorite brand of fishing. If that happens, the Orlando years may well be remembered as some of the most important and valuable in the history of fly-fishing business.