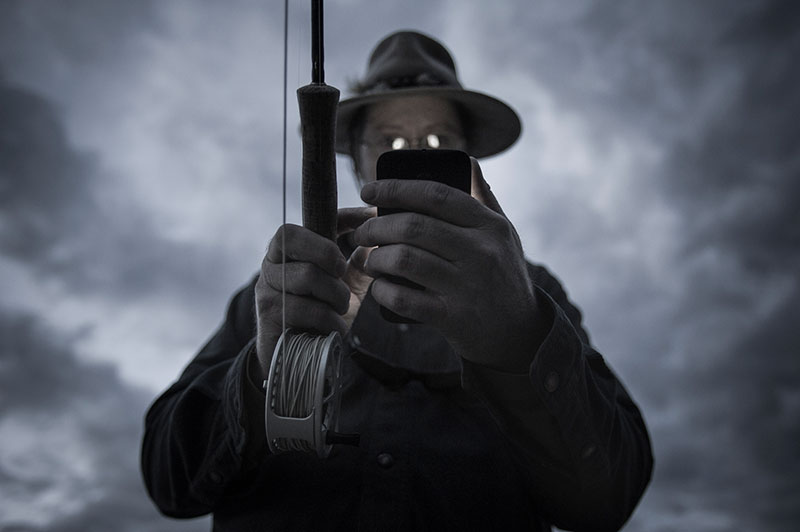 Many of you are likely familiar with American Angler magazine’s Jan./Feb. cover. The shot by Colorado-based photographer Matt Shaw was your standard big brown grip-and-grin. But the story behind that unfortunate image has since morphed into something else.
Following its publication, Shaw and his subject—career guide, artist and brand ambassador Patrick Duke—were accused of coaxing the sexed-up trout off an active spawning redd. Then it got more tangled. An article from earlier this month, in SweetwaterNOW, details an ordeal that went beyond the ethics of targeting spawners, and reveals a series of game-and-fish violations perpetrated by the party.
In short, their group got ticketed for fishing a closed section of river and for not carrying life jackets in their raft. Duke also paid a fine for fishing without a valid Wyoming license.
Duke and Shaw have since been skewered on social media—across the same platforms that helped make them commodities. And we’re not encouraging any further feeding on the carcasses of their reputations. People screw up. We get that. But we also believe this is a good opportunity to hit pause and to ask ourselves some tough questions:
As an industry, are we inadvertently supporting a new breed of conduct that favors instant hype over individual character? And when we reward these antics with endorsement deals and the covers of leading magazines are we equally to blame?
Duke didn’t blood-dope his way onto a podium. He didn’t poach your private information and sell it to shady Russians. He didn’t even pay a porn star hush-money to keep his name out of the tabloids. He is a flyfisher accused of posing with a spawning trout, after not purchasing a fishing license. Is he the reincarnate of Stalin? Probably not. Are there lessons to be gleaned here? The answer is certainly yes, and we’ll be exploring them in the upcoming summer issue of Angling Trade.
In the meantime, let us know your thoughts.
Share. Twitter Facebook Pinterest LinkedIn Tumblr Email