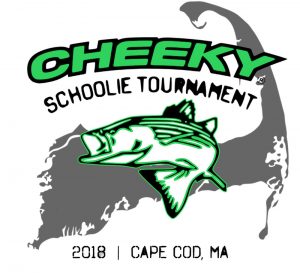 The American Fly Fishing Trade Association and Cheeky Fishing are partnering to award a donation of up to $3,000 to Stripers Forever in coordination with the Cheeky
Schoolie Tournament being held this May.

As a sponsor of this year’s tournament, AFFTA has agreed to donate $1 for every 5-inches of striped bass caught, released and recorded, up to $1,500. Cheeky has stepped up to match that amount dollar-for-dollar, with the total amount going to the conservation of wild striped bass.
Prize money is awarded each year to the winning teams, but this is the first year that a formal donation of this sort is being made.

“We couldn’t be more excited to support this event, and further, to support Stripers Forever
and the value of releasing a fish,” says Ben Bulis, president of AFFTA. “With all the growth in
saltwater fly fishing, more people are realizing the importance of healthy marine fisheries.
Tournaments like this lead by example.”

“We’re proud to join AFFTA in support of an organization that’s doing so much to conserve and
protect our hard-working schoolie stripers,” adds Ted Upton, owner of Cheeky Fishing. “Our
donation, and SF’s dedication, will add new value to every fish caught and released at this
year’s Schoolie Tourney, and for seasons to come.”

“We can’t thank AFFTA and Cheeky enough for considering us for this,” says Brad Burns,
President of Stripers Forever. “We were founded on the concept that with striped bass the
greatest value to the most people in our society comes from the activity of fishing—and our
Release a Breeder Club’s central goal is catch-and-release. The principles align perfectly.”

About the Cheeky Schoolie Tournament:

Known as the largest, catch and release fly fishing-only tournament in the world, the Cheeky
Schoolie Tournament is set to mark its 7th year on May 19th on Cape Cod, MA. With over 400
anglers registered this year from all over the U.S. and internationally, the tournament is already
sold out and a waitlist has been created.

Anglers are only eligible to compete from shore or wading (no watercraft of any sort are
allowed), so the tournament is a low-barrier-to-entry, grassroots style event focused on
encouraging interest and participation in saltwater fly fishing. Learn more at cheekyfishing.com

AFFTA advocates for and promotes the sustained growth of the fly fishing industry. By igniting
consumer demand for products and services, providing businesses the tools to be successful, and
advocating for access, protection and restoration of fishing waters, we will continue to enhance
the passion and profitability of the sport of fly fishing.

Cheeky Fishing manufactures high performance fishing reels for any angling situation. From
bluefin to bluegill, Cheek Fishing has a fly reel for the job. In 2012, consistent with its mission to
get new people into the sport, Cheeky Fishing launched the Cheeky Schoolie Tournament. The
Tournament is a low barrier to entry, grass roots style event designed to encourage the interest
and growth of catch and release and saltwater fly fishing. The 2018 Tournament will mark the
7th year for the annual event, which has become the world’s largest fly fishing tournament.

Stripers Forever, a non-profit organization, advocates for the conservation and responsible
stewardship of wild Striped Bass along the Atlantic Coast. Stripers Forever seeks game fish
status in order to significantly reduce Striped Bass mortality, to provide optimum and
sustainable public fishing opportunities and to secure the greatest socio-economic value
possible from the fishery.