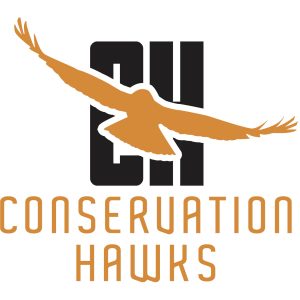 After 25 years of kicking around the fly fishing industry, first as a guide and then as a writer, I’ve learned that very few of us are in it for the money. I didn’t start guiding on the Henry’s Fork for the cash. I didn’t start writing because it would make me rich. I’ve hung around all these years because I love it. I love to fish, and I love incredible rivers and beautiful landscapes, and I truly enjoy working with other anglers.

That said, very few of us are independently wealthy. I’m sure not. Neither are most of my friends. Which means that any serious threat to our fishing is a one-two punch; first to the gut, and then to the wallet. If we lose our fishing, we lose pretty much everything.

If you’re reading this, you’re likely in the industry. Maybe you own a fly shop. Maybe
you work for a manufacturer or a lodge. Maybe you make a living floating clients down
your local river or running saltwater trips for tarpon or bonefish.

Whatever your connection to the angling world, though, there’s one thing you need to know.
Our fisheries are facing an existential threat. Our ability to fish, and to make a few bucks
from the hard work and passion we put into our day-to-day lives, is at risk.
So what’s the problem? It’s simple. People are dumping 30+ billion tons of CO2 into the
atmosphere every single year and all that CO2 is changing the climate.

There are three vital questions we need to answer. 1) Are people really having an impact?
2) If so, what does that mean? 3) What can we do?

Isn’t climate change just partisan BS? No, it’s not. Depending on which study you
read, between 97% and 99.99% of the experts – the actual climate scientists – say that
humans are warming the planet. Every major scientific organization agrees. You can
argue all you like, but denying human-caused climate change is like denying that people
can catch permit on a fly. The facts simply won’t back you up.

Seriously, if we don’t cut our CO2 emissions, it’s going to get Biblical. Is that hyperbole?
I’ll tell you what. Google “Study in Nature reveals urgent new time frame for climate
change” and see what pops up. Then tell me if I’m exaggerating the threat.
So what can we do? First, please talk about climate with your family, friends and
colleagues. Tell them that the last three years – 2014, 2015 and 2016 – were the three
hottest years ever recorded. Share your concerns and break through that incredibly
dangerous “I’m not going to discuss global warming” taboo. Second, call your
congressman and senators and tell them to get their act together. Our politicians are
supposed to work for us, so let’s remind them of that fact. The only way we’ll hold on to
our fishing, at least in the longterm, is if we put real grassroots pressure on Congress to
lower emissions and promote clean energy. So call them up and tell them to do just
that. It only takes a second, and it can make a huge difference. Climate change is the
biggest threat to the fly fishing industry. It’s time to act.

CONVERGENCE from Conservation Hawks on Vimeo.