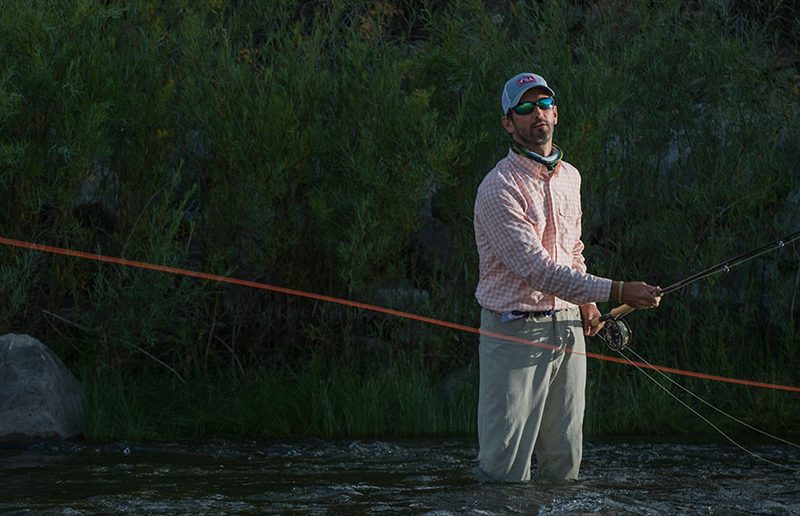 Brad began his career in the fly-fishing industry in the early 1980s as the owner and operator of Front Range Anglers in Colorado. After selling the business in 1999, he became the National Sales Manager for Ross Reels, and continued in that role through the acquisition of Ross by 3M in 2010. In 2013, Brad transitioned into the Director of Wholesale role at Scientific Anglers during the sale of SA from 3M to the Orvis Company.

“Brad’s leadership skills, integrity, salesmanship, and industry knowledge will serve him well in his new role with SA,” said Bill McLaughlin, President of the Orvis Company. “His focus will be to further define the strategic direction for SA as we grow market share and as we continue to produce product that exceeds our customers’ expectations.”

Outgoing SA President Jim Lepage has returned to Vermont, where he will transition to a part-time role for the Orvis Company starting July 2. He will work with Brad and the Scientific Anglers team to ensure a smooth transition of leadership over the next few months.

“As a company, we cannot thank Jim Lepage enough for the direction, drive, and enthusiasm he brought to Scientific Anglers over the past few years,” said Marketing Manager John Van Vleet. “And we are beyond thrilled that Brad Befus will be taking over the reins. His infectious optimism and excellent leadership will be a huge asset to Scientific Anglers moving forward.”

About Scientific Anglers: Founded in 1945 in Midland, Michigan, Scientific Anglers has been an industry leader in the development of fly lines, leaders, tippets, reels, and accessories for more than 70 years. Scientific Anglers developed the modern floating fly line and pioneered the use of textured technologies in fly-line construction.