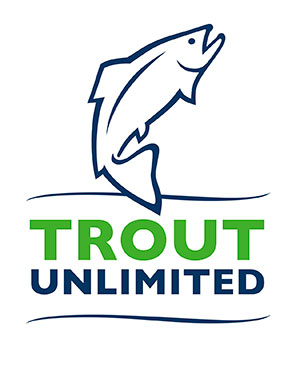 Today, President Trump signed an executive order that begins to unravel the protections of the Clean Water Act for small headwater streams.

The Clean Water Rule was finalized in 2015 after more than one million public comments and extensive scientific review. It provides protection to streams and rivers including 60 percent of the stream miles in the U.S. that flow seasonally. Protecting these headwaters is important not only to anglers, but also to the one in three Americans whose drinking water comes from small seasonal streams.

The Executive Order directs the Army Corps of Engineers and the EPA to rescind and revise the Clean Water Rule. It also directs the agencies to use former Supreme Court Justice Antonin Scalia’s minority opinion that said seasonal streams do not merit protection, as a basis for the revision.

If Justice Scalia’s direction is followed, 60 percent of U.S. streams and 20 million acres of wetlands would lose protection of the Clean Water Act; an unmitigated disaster for fish and wildlife, hunting and fishing, and clean water.

Sportsmen and women have a simple question for the President and EPA Administrator Pruitt: are we going forward or backward on clean water? Today’s announcement is a big step back. Legally, scientifically, and logically a reliance on Justice Scalia’s opinion is wrong-headed—but there’s still time, working through the new rule making process, to make it right.

When the new Administration replaces the Clean Water Rule, it must listen to the voices of tens of millions of sportsmen and women who want more clean water, more fish and wildlife habitat, and more hunting and angling opportunities. The Trump Administration can change direction on this Rule but they can’t change the fact that clean water is not a political issue. It is a basic right of every American.

Gravity works cheap, and it never takes a day off. The Administration cannot stop water flowing downhill—and we all live downstream. To be effective, the Clean Water Act must be able to control pollution at its source, upstream in the headwaters and wetlands that flow downstream through communities to our major lakes, rivers, and bays. The Administration’s action places the health of 60 percent of the stream miles in the U.S. at risk. Trout Unlimited intends to work with our hundreds of thousands of members and supporters to reverse course on this misguided direction.

A mission to conserve, protect, & restore North America’s coldwater fisheries and their watersheds.