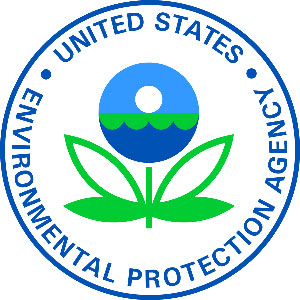 Scott Pruitt is going to be the next administrator of the Environmental Protection Agency. His past interactions with that agency, mostly as Oklahoma’s Attorney General, have been to sue the EPA to tear down regulations on the fossil fuel industry. He sued the EPA on behalf of the Pebble Mine. He doesn’t believe God would let climate change affect the planet. If you need to get up to speed on Mr. Pruitt, here’s an interesting piece that the Daily Beast just ran.

I’m a fairly “apolitical” person, believe it or not. I think my voter registration is Republican, but I cannot remember. Nowadays, I simply vote according to my conscience as an outdoorsman.

To be perfectly clear, I’m not suggesting that I want the EPA administrator job itself. I’m saying, jeez, wouldn’t it be great to have a job like Pruitt’s will be, where your mission is to make that organization you work for as completely inept and ineffective as possible, and your success is measured by how unsuccessful that entity is in living up to the values upon which it was founded (in this case, the EPA, created by Republican President Richard Nixon in 1970)?

I’d move into my new office and immediately install a “Keg-erator,” and I’d bolt a giant flat-screen television to the wall so I could watch Sports Center and Looney Tunes all day. I’d have a putting green, and I’d get an automatic Shiatsu Massage chair for my desk. I’d outsource most of my correspondence to a team of surrogates at a data center in India, but I’d get a big red rubber stamp that says, “Hell NO!” that I could pound with authority on any documents I actually felt like messing with.

How about you? How’d you like it if every time a customer walked in the fly shop door, your real priority was to turn them around and send them off to buy a video game at Wal-Mart? Or if you were a mechanic, you’d want to make sure that car you’re working on is less road-worthy when it leaves the shop? Or a doctor who hands out a carton of cigarettes to every patient?

Silly, right? Perhaps, but not really that funny. Because that’s kind of what we’re looking at.

The real tragedy is that we, as outdoorsmen and outdoorswomen, are in this spot because we have failed to adequately make a case for outdoors as a sustainable, tremendously important economic driver—at least not as well as other industries have. We’re still just fun and games. That’s our collective fault, my own as much or more than anyone’s.

President Trump won. He has a right to make his own agency appointments. He has a right to take executive action on trade deals and such, and true to his word, he has. Moreover, we’ve already seen him consult with leaders of the automotive industry and the trade unions. Health care is certainly at the top of the agenda. He’s spoken with the tech companies, and the oil and gas producers.

Where the heck is the outdoors industry? I’ve been flipping around CNN, and FOX News, even C-SPAN, and I haven’t seen anybody with an “outdoors first” agenda get any air time yet. I’ve seen the panicked blogs, and social media posts, but that’s small potatoes.

If you believe the consumer spending data presented by the Outdoor Industry Association (and I do, but apparently some of those in high government positions do not)  the really sad part is that outdoors, in terms of consumer spending, is bigger than the automotive industry. It’s bigger than oil and gas. Over six million jobs. A slice of the economy that’s over $646 billion (granted, 2012 figures, somebody help me out with newer), third only to finance/insurance and outpatient health care. And yet the oil and gas industry outfoxed outdoors in a way that they got their guy in a place where he’s calling the shots, and will be eliminating regulations and cutting the purse strings for programs that protect the natural resources that our industry depends upon. Isn’t that more than sad… maybe a little embarrassing?

It’s a pretty dismal state of affairs when the ideology of the day is to ignore the economic broad picture and have somebody who runs the agency focused on the environment be somebody who clearly not only doesn’t give a rip about the environment, but is proactively anti-environment. It’s like turning over the Library of Congress to someone who doesn’t read, and advocates against reading.

There are many great companies and individuals in fly fishing who do a lot more than we can begin to track and recognize. There are non-government organizations doing a lot of heavy lifting and girding for the battles ahead. They need your support now like never before.

AFFTA just released its 2016 AFFTA Fisheries Fund annual report that showed it is plowing money back into fishing waters, and access causes, and so forth. That’s $32,500 that goes into making fishing better. Fantastic. Let’s double down, and grow that fund exponentially, starting now. Click here to donate to the AFFTA Fisheries Fund.

Sure, it might be a drop in the bucket. But at least it’s a statement. The reality is there are now hundreds of millions of dollars on the chopping block at the EPA and elsewhere. We need to make more statements more often. Because all of this could get well beyond silly, or funny, or even sad or embarrassing. It could get downright ugly.