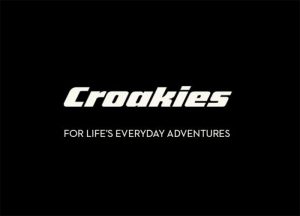 From a press release:

“Hilco Vision strives to lead the industry in the optical accessories category through product innovation and brand authenticity. Croakies is synonymous with eyewear retention and has built an incredibly loyal customer base through its focus on comfort, design, and functionality over the past 40 years,” explains Ross Brownlee, Chief Executive Officer of Hilco Vision. “We are very enthusiastic to build on this tradition of innovation and invest in the continued global growth of the Croakies brand.”

“Croakies has its origins on the slopes of Jackson Hole Mountain Resort and has at its core the desire to meet the needs of the everyday adventurer,” states John Krisik, President of Croakies Inc. “We were attracted to Hilco Vision due to their focus on quality, innovation, service, and sustainable development, all things important to Croakies’ bright future.”

Hilco Vision is committed to ensuring Croakies maintains its strong footprint within the mountains of the American West, through the company’s Bozeman-based manufacturing facility. Croakies’ lifelong president and owner, John Krisik will be retiring at the end of the month.

Luxottica, the Milan-based sunglasses mega-conglomerate that owns brands such as Oakley and Ray-Ban has announced it has entered into a merger agreement valued at $49 billion with Essilor, the French parent company of Costa Del Mar (among other brands). For more details, see this New York Times story.