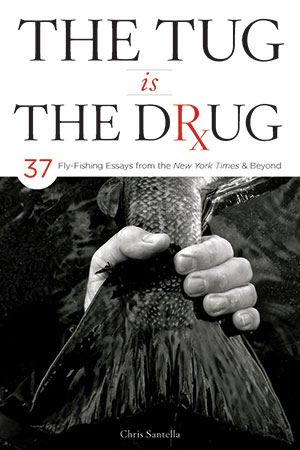 Our friend Chris Santella is best known in these fishing circles as the author of the highly popular and extremely sellable Fifty Places to Fly Fish Before You Die books.  But he’s also a well-traveled and oft-times poetic columnist, with his works having appeared in the pages of the New York Times and elsewhere.  A collection of those essays titled The Tug is the Drug will be released by Stackpole in January, and it’s worth planning on having some copies for your store shelves.  The adventures take readers from the fabled Ponoi in Russia to the streets of Havana, Cuba.  Santella has an uncanny ability to capture the finest details, and pack them into rollicking prose.  His words make you look at and appreciate fly fishing on an entirely different level.  There are plenty of how-to books out there, and scant few that capture the “why” of this sport as professionally and eloquently as Santella can.