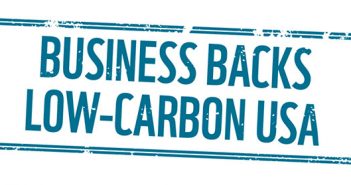 Donald Trump may be sweet on big business, but he’s been decidedly sour in his tweet tirades about the “Chinese-concocted” climate change hoax. Now a collective of powerful American companies is calling on the president-elect to get with the science and guarantee the country’s continued fight against global warming.

In an open letter delivered last week, outdoor industry players such as The North Face, Burton, and K2 Sports joined hundreds of like-minded brands urging America’s Big Cheese to, “re-affirm our deep commitment to addressing climate change through the implementation of the historic Paris Climate Agreement.”

Ultimately, the campaign underscores the benefits of an energy-efficient economy powered by low-carbon ideals. The letter states that failure to build a low-carbon economy puts prosperity at risk. But the right action now will create jobs and boost competitiveness.

Many undersigned businesses also agree that what’s good for an energy-savvy economy is better for outdoor recreation that thrives thanks to a healthy planet. Lost habitat from dewatered rivers and deforestation has and will continue to put species at risk and it’s imperative that businesses do their part to ensure a promising future where wild places remain accessible and pristine for our kids, their kids, and the generations that follow.

“Elections change our leadership but they don’t change reality,” said Matthew Hamilton, Sustainability Director at Aspen Skiing Company. “Thirty more frost free days are thirty fewer days we can make snow increasing the pressure on our business. The Paris agreement is critical to our business and the 6.1 million employees of the outdoor recreation industry.”

More than 300 businesses signed the letter. It was announced in a press conference during the 22nd session of the Conference of the Parties (COP 22) held in Morocco last week.