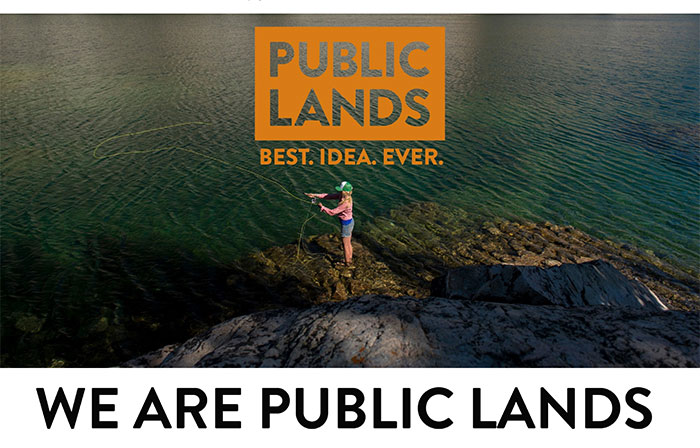 The United States has 640 million acres of public lands that belong to every man, woman and child lucky enough to call themselves Americans. Today, that birthright is under threat from private special interests that want to sell them off under the guise of “transferring” them to the states.

In honor of National Public Lands Day and National Hunting and Fishing Day on Saturday, Sept. 24, Trout Unlimited is releasing a new digital report that focuses on America’s public lands and the people who use them, as well as the effort to transfer and sell these lands to the highest bidder.

“The truth is that the distance between the effort to ‘transfer’ public lands and to sell them is very short,” TU President and CEO Chris Wood writes in the report. “Many of the states that would manage these lands have already sold significant portions of their formerly public state land to the highest seller. And we, as a country, have nothing to gain by such actions.”

The interactive digital report, “We are Public Lands,” shows importance of public lands to the American people. The report is part of a larger project—“Thirty Days of Public Lands”— a month’s worth of original content on the TU website to honor America’s connection to these lands that all citizens own. Thirty Days of Public Lands includes features from across the country, including short pieces from well-known writers and conservationists, videos profiling some of the most avid public land users, photos and a chance for readers and viewers to tell Congress why public lands matter to them.

Also, as part of the launch, TU is releasing its latest short film, “Birthright,” which focuses on the people who use public lands and the effort to keep these lands in common ownership today, and for generations to come.

We are Public Lands: http://bit.ly/2dh0HFt