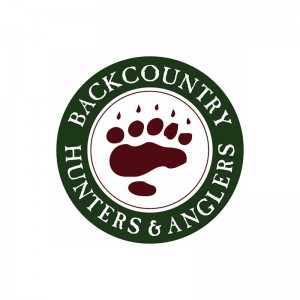 Lone Star sportsmen and women are uniting in support of America’s backcountry public lands as Backcountry Hunters & Anglers launches a chapter in Texas.

“The Lone Star State perspective is vitally important in carrying forward our public lands legacy,” said Tawney. “In a state where only 2 percent of lands are public, Texans know better than any of us the importance of public lands and waters in our hunting and fishing heritage. We’re already impressed with the young chapter’s energy and get-it-done attitude, and we welcome them with open arms.”

Formed around an Oregon campfire in 2004, BHA has consistently drawn strong support from Western state sportsmen. In recent years, however, the group’s momentum has spread across the country. The Texas chapter’s formation follows establishment of two rapidly growing chapters in Michigan and Wisconsin. BHA’s presence in Eastern and Southern states is expanding, as well.

Chapter Chair Michael Panasci said that members of the Texas chapter are ready to hit the ground running.

“I’m thrilled that BHA now has a local voice in Texas – and that Texas sportsmen now have a more powerful platform to push for positive change when it comes to expanding access and opportunity on our state’s extremely limited public lands and inland waters,” said Panasci, who lives in Lubbock. “We’re wasting no time in rallying sportsmen-conservationists to engage our policymakers and politicians so that public lands hunting and angling policies in Texas are fair and consistent with public demand.”

“BOOM! What a great feeling to be part of a family that wants to be good stewards of our lands and animals – and that is willing not only to literally get their hands dirty in conservation work but also ensure that our politicians are working for us, the public land owners,” said Shook, of Dripping Springs. “I joined BHA to make a difference, and as a member I hope to play a small role in conserving our public lands so that future generations can feed their wild sides in the backcountry.”

“No matter your financial situation, race, creed or color, we all can enjoy access to our public lands,” concluded Probandt, a San Angelo resident. “This land is your land; this land is my land. BHA is here to help all Americans understand that they are public land owners – and that ownership must be fought for and cherished for both today’s and future generations.”

A dozen years after its formation, BHA has expanded its membership to encompass chapters in 25 states and Canadian provinces.

Backcountry Hunters & Anglers is the sportsmen’s voice
for our wild public lands, waters and wildlife.