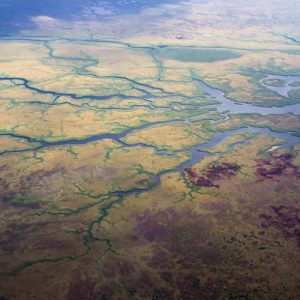 Kudos of the highest order are due to the American Sportfishing Association on another banner trade show (ICAST), held last month in Orlando, Florida.  Truly outstanding event.

I, like many others in attendance, am curious to learn more about where ASA stands on the Lake Okeechobee and the  Everglades.  We know where the American Fly Fishing Trade Association Stands.  We know where Orvis, and many other leading companies in fly fishing stand also.

It is our hope that ASA will play a more proactive role in discussing and wielding influence over what is happening now in one of the most important natural estuaries in the United States (and how that situation is now influencing the saltwater fisheries in many parts of Florida).

For those of you who need a refresher, the issue centers around the notion that clean, natural water is now being blocked from passing through the Everglades (the river of grass).  That’s leading to higher salinity in Florida Bay at the tip of the Florida peninsula, which is killing seagrass, causing fish kills. The diverted freshwater is also killing seagrass and causing fish kills in the St. Lucie and Calooshatchee Rivers, as well as causing state-of-emergency-declaration level algae blooms.  And this is largely due to imbalanced priorities given to sugar producers.  You can find the dissent and concerns neatly wrapped up in organizations like bullsugar.org, and the bonefishtarpontrust.org and so on.

It’s simple – healthy fisheries require healthy habitats. “Fishing rights” are pointless if there are no fish left, as is a trade organization that relies on companies selling fishing gear to fishermen. And at the rate that Florida’s habitats are deteriorating, there will be few fishermen, and declining gear sales, in the near future.

This is not merely an environmental discussion.  It’s a business discussion that directly involves all anglers.