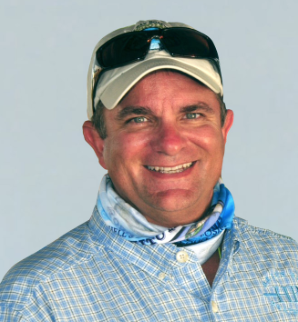 The American Sportfishing Association (ASA) is pleased to announce that Gary Jennings, a life-long, avid angler and boater, has joined the ASA staff as the Manager of the Keep Florida Fishing initiative. Jennings brings close to 20 years of experience in the fishing and boating industries to this new position. His tenure began on June 1, 2015.

The list of initiatives to ban or severely restrict recreational fishing and boating access in Florida is growing. Over the past decade, these misguided attempts to manage fisheries resources include, but aren’t limited to, Biscayne National Park, the Everglades, the Florida Keys National Marine Sanctuary and red snapper on both coasts.

Last October, ASA’s board of directors determined that an initiative specific to Florida was needed to ensure that anglers and the industry’s priorities were taken into consideration when polices or decisions were made that impact recreational fishing.

“There are a number of issues this week that concern our industry. On June 1, the House voted on, and passed, its version of the Magnuson-Stevens Fisheries Conservation and Management Act reauthorization. While it’s not perfect, many of

the recreational fishing community’s priorities are included in the bill, and several amendments will be considered to further improve it,” said ASA President and CEO Mike Nussman. “In addition, the National Park Service’s final general management plan for Biscayne Bay will be released on Friday which has several provisions that concern our industry.”

“All this just highlights how important the Keep Florida Fishing initiative is to our industry. A major step in that initiative was hiring an individual in Florida who will coordinate our efforts,” said ASA VP for Industry Relations Glenn Hughes. “Gary is a life-long fisherman and has worked in the fishing and boating industries for close to 20 years. Gary has worked for CCA Florida, published a fishing magazine, been general manager of a boat company and sat on on the American Fly Fishing Trade Association’s board of directors. Gary brings a wealth of industry knowledge and a strong network of industry relationships to the job.”

Between now and the July board meeting, Jennings will work with ASA’s Government Affairs team and the Keep Florida Fishing initiative’s steering committee to identify and prioritize the current water, access and fisheries issues that our industry is facing in Florida. He will also begin to develop a Florida-based fishing and boating coalition, create a database of all the fishing and boating related events around the state and represent ASA at as many of these events as possible.

Jennings and his wife call Windermere, Fla., their home.

The American Sportfishing Association (ASA) is the sportfishing industry’s trade association committed to representing the interests of the entire sportfishing community. We give the industry a unified voice, speaking out on behalf of sportfishing and boating industries, state and federal natural resource agencies, conservation organizations, angler advocacy groups and outdoor journalists when emerging laws and policies could significantly affect sportfishing business or sportfishing itself. ASA invests in long-term ventures to ensure the industry will remain strong and prosperous, as well as safeguard and promote the enduring social, economic and conservation values of sportfishing in America. ASA also gives America’s 60 million anglers a voice in policy decisions that affect their ability to sustainably fish on our nation’s waterways through KeepAmericaFishing™, our angler advocacy campaign. America’s anglers generate over $48 billion in retail sales with a $115 billion impact on the nation’s economy creating employment for more than 828,000 people.