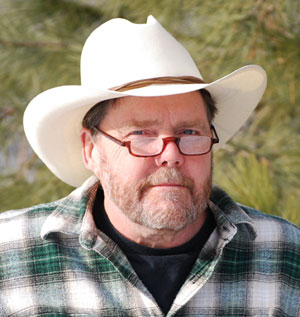 From Salmon and Steelhead Journal:

Patrick McGann has been hired as Editor of Salmon & Steelhead Journal, a bi-monthly magazine that covers salmon and steelhead fishing in the West. McGann will take over the editing responsibilities from Pat Hoglund, who will continue to serve as Publisher and Executive Editor.

Hoglund will continue to oversee the day-to-day operations of the business including managing the advertising, circulation and help direct the editorial. He will also continue to contribute to the magazine, but McGann will manage the editorial department.

“I started the magazine 10 years ago and I’ve put a lot of energy, effort, and passion into the publication so hiring someone to replace me in the editor’s role isn’t something I take lightly,” said Hoglund. “I’ve known Patrick for over 20 years, and worked for him, so I know I’m handing the reins over to someone who’s equally passionate about the job as I am.”

McGann has a long history in publishing. For nearly two decades he worked for Outdoor Empire Publishing, which published Fishing & Hunting News. He served as an edition editor, managing editor, publisher and corporate vice president in charge of publishing divisions. He has written for a variety of publications including Outdoor Life, Salmon & Steelhead Journal, the Columbia Review of Journalism, the Lewiston Morning Tribune, the Methow Valley News, and in addition to AP and press club awards, he has been awarded the Write on the River prize for fiction. He is the founder of the Methow Asylum for Writers, and his poetry, essays and fiction have appeared widely. He’s an avid salmon and steelhead fisherman, and he knows the outdoor industry intimately.

“I really respect what Pat’s accomplished with Salmon & Steelhead Journal,” said McGann. “We work together as about as well as anybody, and I think we share a vision for the magazine. I think this is going to be a blast.”

Salmon & Steelhead Journal is celebrating its 10th year in publishing. It reaches over 20,000 readers every issue and is considered the leading authority in the salmon and steelhead industry. For more information go to its website: www.salmonandsteelheadjournal.com.