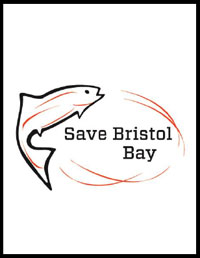 From Save Bristol Bay:

Dating as far back as 2007, the promoters of The Fly Fishing Show annual series of consumer fly shows across the country have been extremely supportive of the campaign to Save Bristol Bay.   Among the community of sportsmen and women in the Lower 48, the easiest “point of entry” was the legions of fly anglers who have either been to Alaska or who dream of fishing there someday after hearing incredible tales from their friends.  So, when the threat of the proposed Pebble Mine was beginning to attract a bit of attention, I became something of a vagabond each January, February, and March on the Fly Fishing Show circuit.  I criss-crossed the country, spreading the word about the incredible Bristol Bay fishery and the equally incredible, if unbelievable, threat that was facing it.  It’s safe to say that tens of thousands of fly anglers who attended the Fly Fishing Show stops from the east coast to the west learned about the Pebble Mine during those early years on the road.  Without the help and generous support of the show promoters (Chuck and Ben Furimsky – and their family, as well as Barry Serviente early on), we certainly wouldn’t have such a strong base of support around the country.  Those early days were all about laying foundation for what we figured would be a national conservation campaign the likes of which has rarely – if ever – been seen in the fishing world.

As the 2014 show season is set to begin, The Fly Fishing Show has once again stepped up to lend a big hand, as we drive toward the ultimate goal of seeing that Bristol Bay is protected.

At each of the 2014 show stops, attendees will have the chance to fill out a postcard to President Obama and the U.S. Environmental Protection Agency.  The EPA is slated to release its final Bristol Bay Watershed Assessment in early 2014.  Our task will be to convince the President and the EPA to use the authority granted to EPA under the Clean Water Act to protect one of the planet’s finest sport fisheries as well as the world’s most productive wild salmon fishery.

Because we recognize – and appreciate – the fact that anglers have weighed in numerous times over the past few years, we wanted to do something fun to help push this campaign across the finish line.  So, a few of our fantastic friends in the fly fishing gear world have very generously donated a set of awesome door prizes valued at over $2,500 to be given away to five lucky winners after the 2014 Fly Fishing Show tour concludes.

At each show, just fill out a postcard to President Obama and the EPA and you could win:

Please make plans to attend The Fly Fishing Show during one of their 2014 stops: